Mid-week Technical Outlook: Keep an eye on the trend!

Stocks in Europe and US future struggled for direction amid the market caution with anticipation mounting ahead of the NFP report on Friday. In the currency space, the Japanese Yen took a real beating, weakening against all G10 currencies while the dollar stabilized. Looking at commodities, gold dipped below the $1839 support level while Brent is hovering above $117.00.

As the new trading month of June kicks off, I tend to check out various trends using multiple timeframe analysis (MTFA). This is a method of analysing long-term, medium-term, and short-term timeframes to achieve an accurate entry or exit when trading the markets.

On the monthly timeframe, the path of least resistance for the currency pair points south.

Zooming into the weekly charts, bears remain in control but bulls are lingering in the vicinity. Should 1.0630 prove to be reliable support, a move towards 1.1000 could be a possibility. If prices sink back under 1.0630, the EURUSD may test 1.0350. 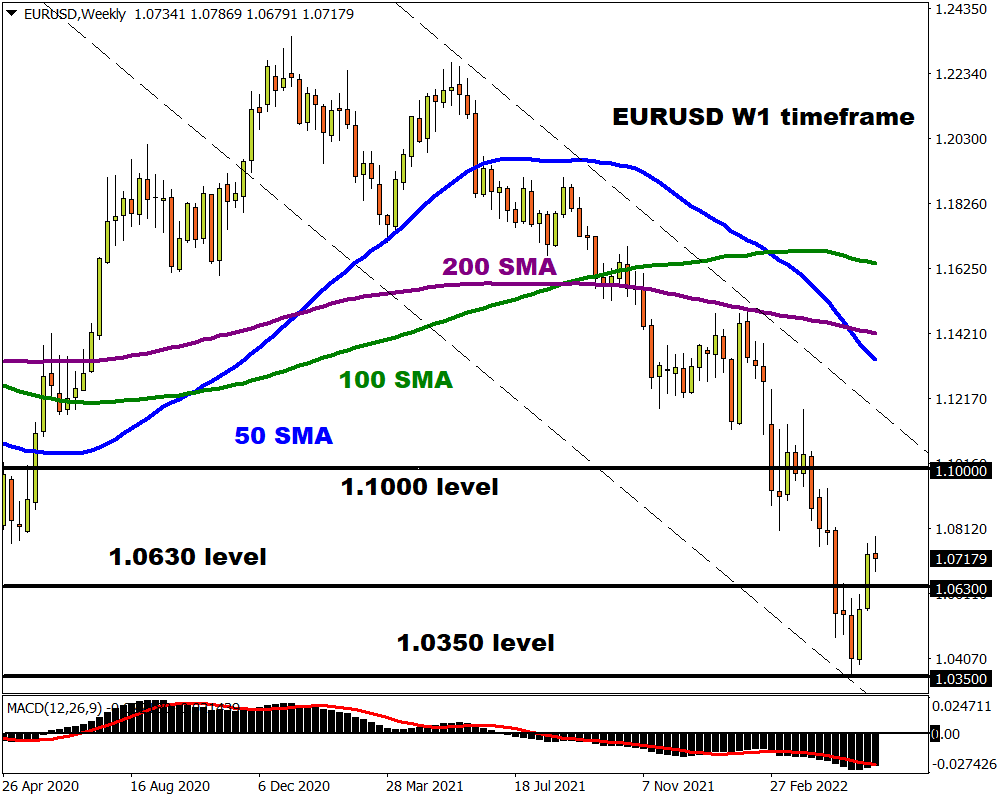 Taking a look at the daily timeframe, the EURUSD could be experiencing a technical bounce. While prices could push higher towards 1.1000 and beyond, the key level to watch out for is 1.0780. Sustained weakness below this point could encourage a decline back towards 1.0630 and 1.0350. 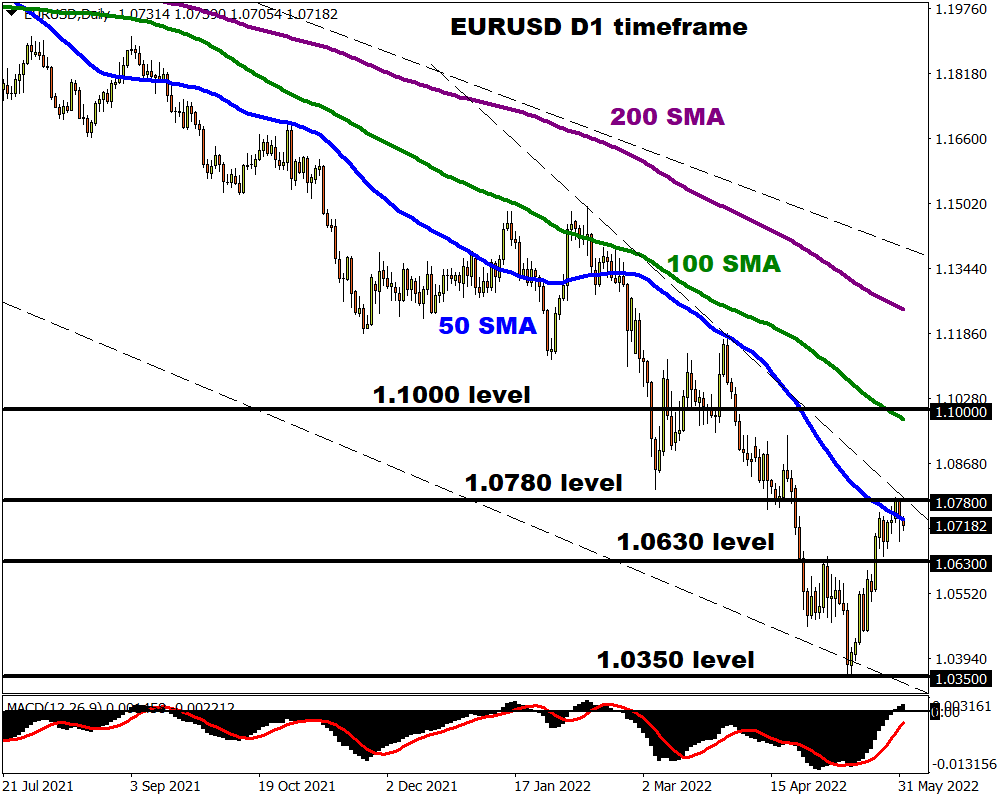 GBPUSD bulls running out of steam?

The GBPUSD remains under pressure on the monthly timeframe. A strong below close under 1.2500 may open the doors towards 1.2150. 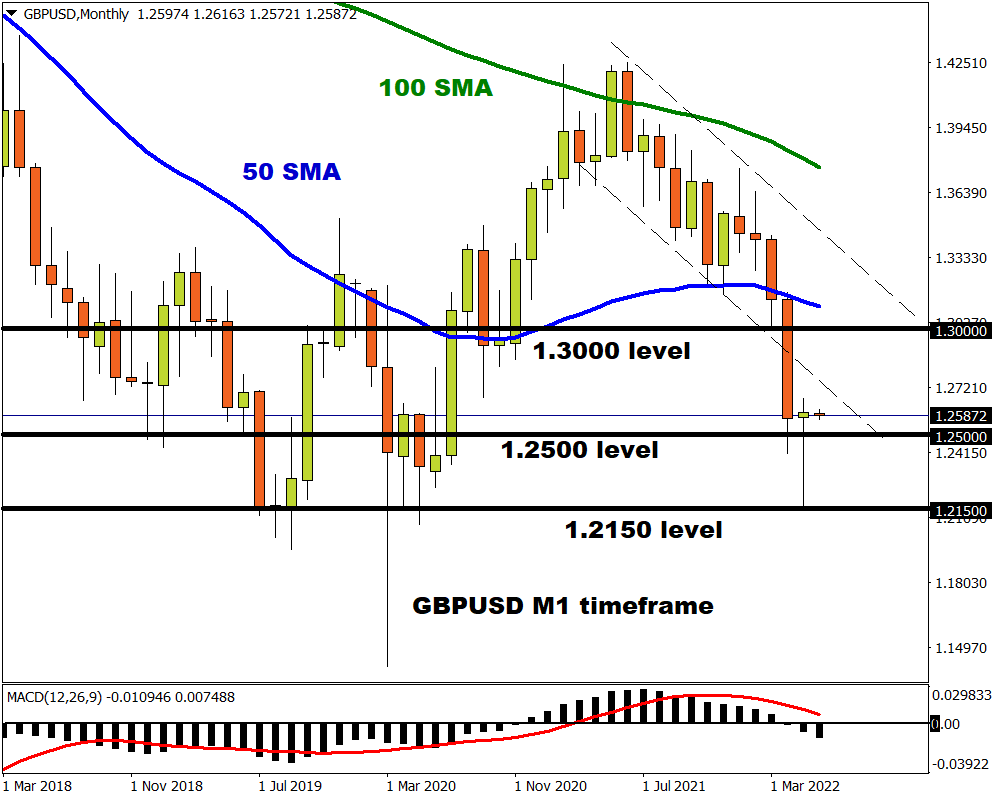 The weekly timeframe illustrates a similar picture with 1.2500 acting as a level of interest. Should bears drag prices below this level, the next key point of interest may be found at 1.2150. Alternatively, a rebound towards 1.2750 is seen opening the doors back towards 1.3000. 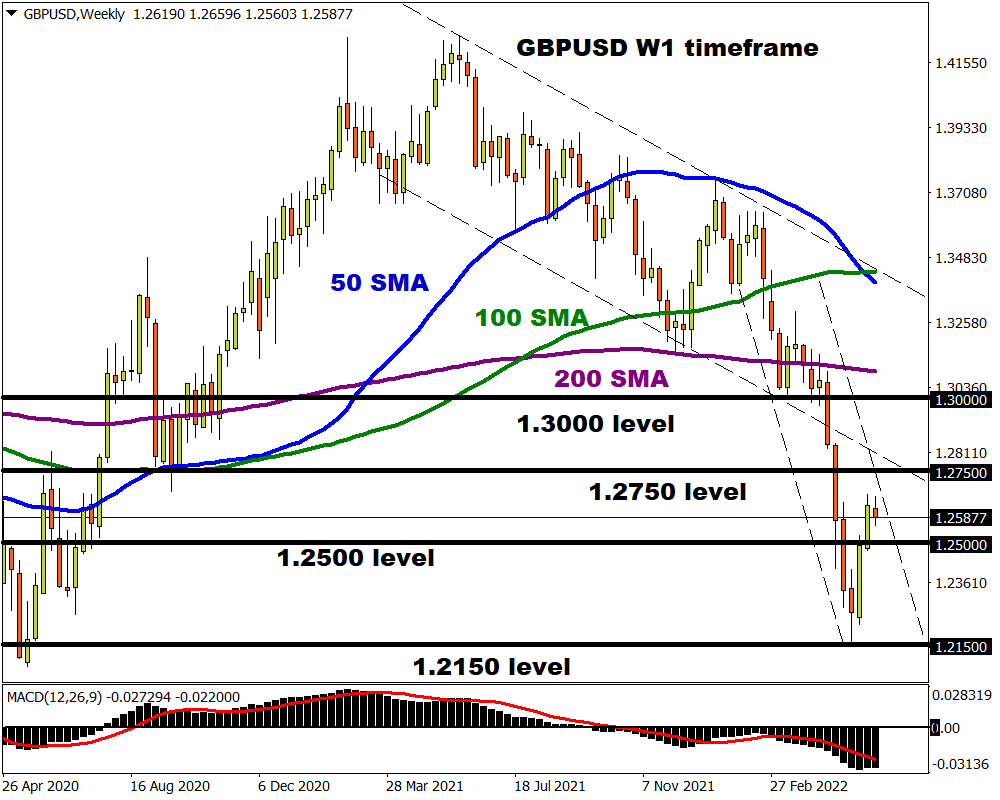 On the daily charts, prices seem to be in a bullish channel with resistance found at 1.2650. It looks like the currency pair could be experiencing a technical rebound with a breakout above 1.2650 opening a path to higher levels. If this level proves to be reliable resistance, we could see a decline towards 1.2450 which may open the doors back to 1.2150. 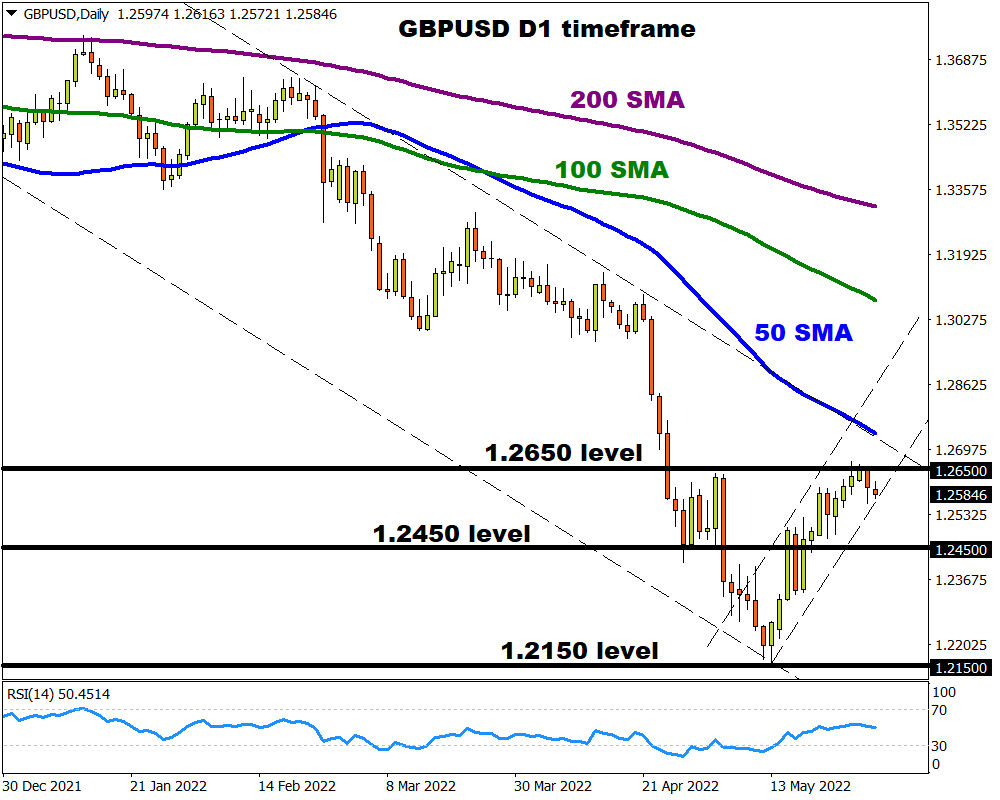 After rebounding from the 126.50 region, the USDJPY could be heading for fresh multi-decade highs beyond 131.00. Prices remain in a bullish trend on the monthly timeframe as there have been consistently higher highs and higher lows. The first key point of interest is at 131.00. 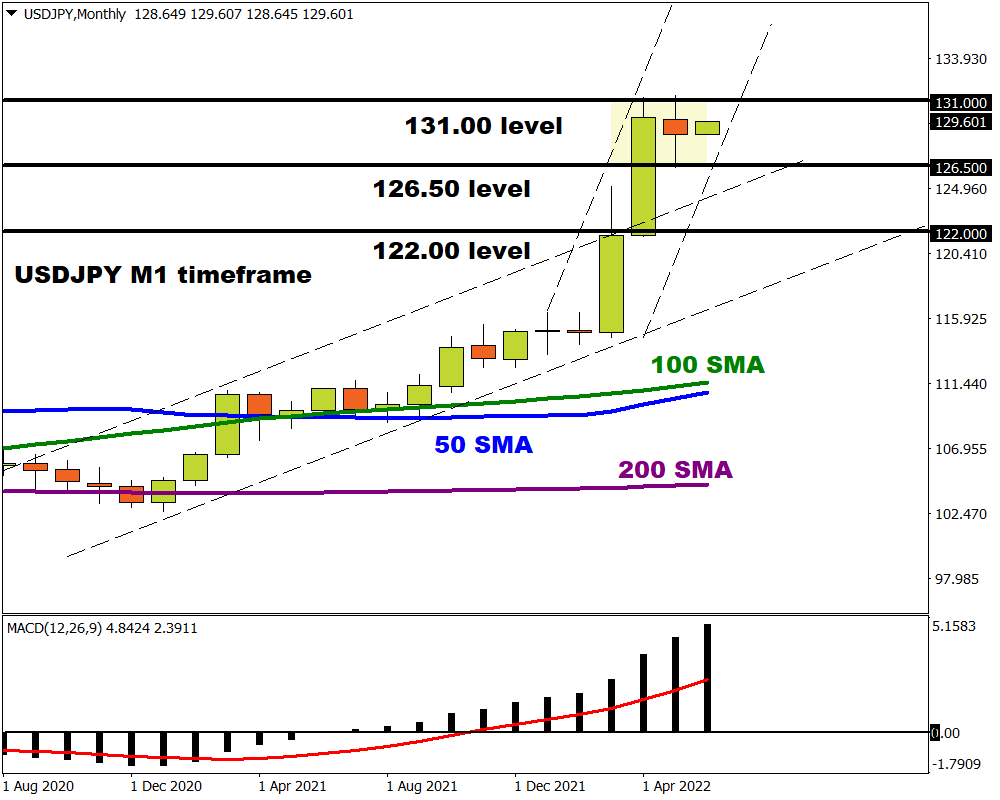 It’s the same story on the weekly charts as bulls step into higher gear. A breakout could be on the horizon. 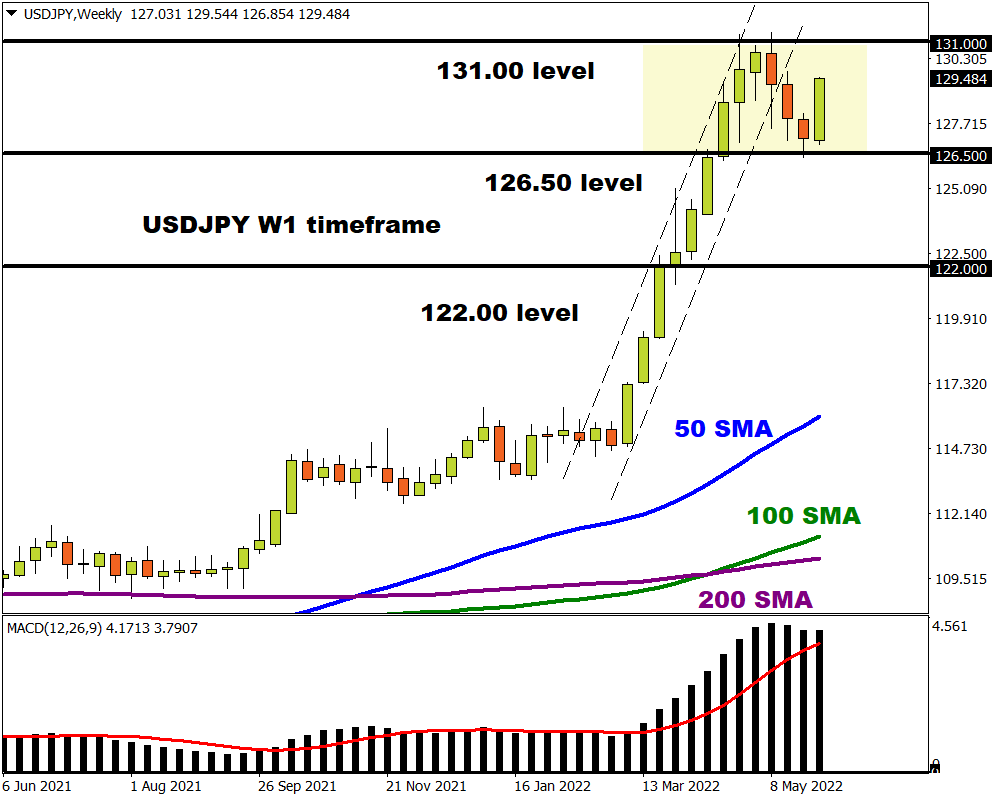 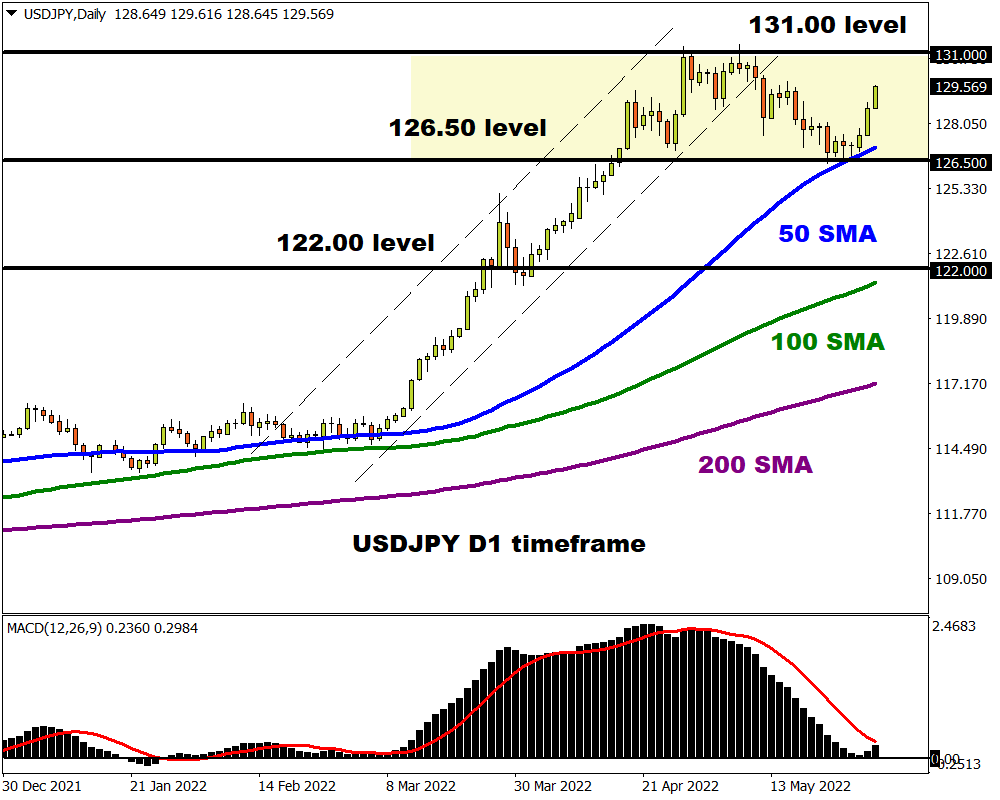