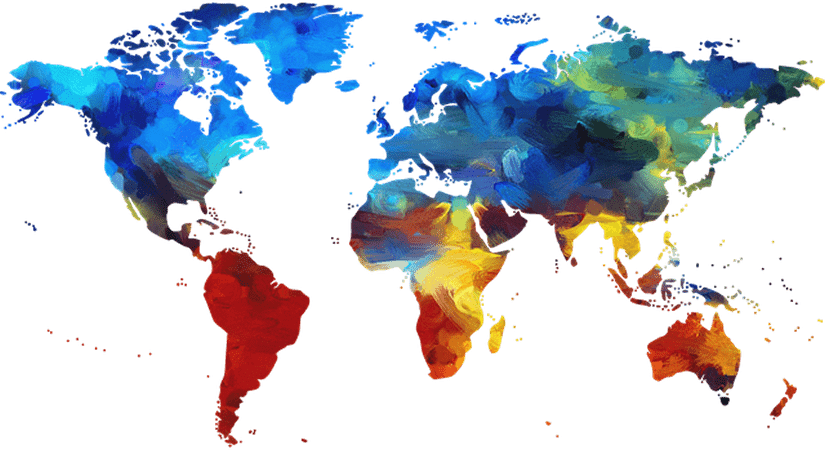 Week Ahead: US dollar to fall further on recession fears?

Even though the June FOMC meeting is now behind us, markets will continue being laser-focused on the Fed’s quest to tame inflation, a campaign which is feared could end with a recession.

Hence, Fed Chair Jerome Powell’s testimonies before Congress over two days next week will be closely watched for more clues about its incoming rate hikes, and its tolerance for economic pain.

Powell’s testimonies are lined up alongside these scheduled economic data releases and events in the week ahead:

At the time of writing, the equally weighted USD index is looking to enter the weekend on a brighter note, attempting to pare losses sustained from the two days prior.

Despite the Fed triggering a jumbo-sized 75 basis point hike this week, the US central bank’s largest hike since 1994, the buck fell amid fears that the US economy will be tipped into a recession due to the central bank’s eagerness to quell runaway inflation.

From a technical perspective, this index may just have been due a healthy pullback, clearing some of the overstretched long dollar positioning. After all, its 14-day relative strength index having broken above the 70 threshold which marks overbought conditions.

The clearing of such froth could set a stronger footing from which the USD index could launch another attempt to set a new cycle high. 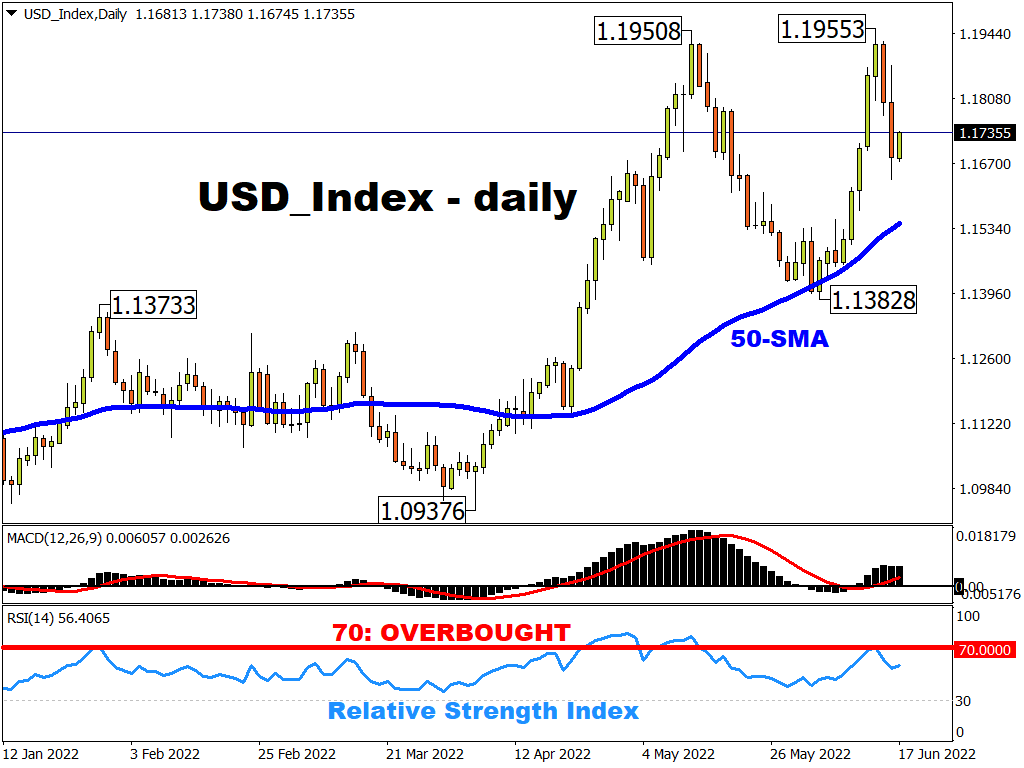 Note that the USD index measures the US dollar’s performance against six of its major peers, all in equal weights:

To be clear, the US dollar still holds a month-to-date advance against all of its G10 peers (including the six listed above), as well as having risen against all of them so far in 2022.

For comparison, the UK economy is already showing signs of cracking (April’s GDP posted a surprise contraction from March), while the EU still has a war raging off to its east.

Still, that isn’t stopping economists and Wall Street from already predicting a high chance of a US recession in the latter part of 2023.

If a rapidly darkening economic outlook forces the Fed to abandon its ultra-hawkish stance (willingness to raise rates much higher), or at least markets fear such a dismal reality, that could see the unwinding of US dollar gains.

Hence, Powell’s testimonies on Capitol Hill in the coming week will be closely scrutinized for signs whether the Fed is willing to tolerate a recession. Such an admission, if forthcoming, would likely be implicit considering that the Fed still holds to an idealized outlook for how the US economy will ultimately respond to this rate-hiking cycle.

In short, clearer signs that the Fed will acquiesce to market expectations that a US recession is inevitable could prompt more declines for the US dollar.

From a technical point of view, this USD index appears to have formed a double-top, having been twice resisted around the 1.195 region since May. Such a bearish formation would be confirmed if the low between those two peaks, specifically the 1.3828 mark, gives way as the crucial support level.

I believe that this USD index’s 50-day simple moving average should provide adequate support, noting that the US economy is set to hold up better against the likes of the EU and the UK, while the Bank of Japan still sits on its hands and leaves its own rates untouched.

Such disparity should ensure that the US dollar remains in a supportive environment.

Economics & Fundamentals Financial News
← Is the Nanotech Market Headed To Be Worth Billions?
The Analytical Overview of the Main Currency Pairs on 2022.06.17 →
Latest Articles: