Week Ahead: Can NZDUSD sustain its rebound?

G10 currencies enjoyed some reprieve against the US dollar this week, although stocks have endured another brutal selloff.

Markets are set to remain gripped by the effects of soaring inflation on companies’ bottom lines and on the performance of major economies.

More clues may come via the following economic data releases, events, and company earnings due in the week ahead:

NZDUSD was able to clamber away from its two-year low close to 0.620, only to be resisted by its 21-day simple moving average as well as its downtrend line that began since April.

This currency pair was also due for a rebound, with its 14-day relative strength index resurfacing above the 30 threshold which signals oversold conditions. 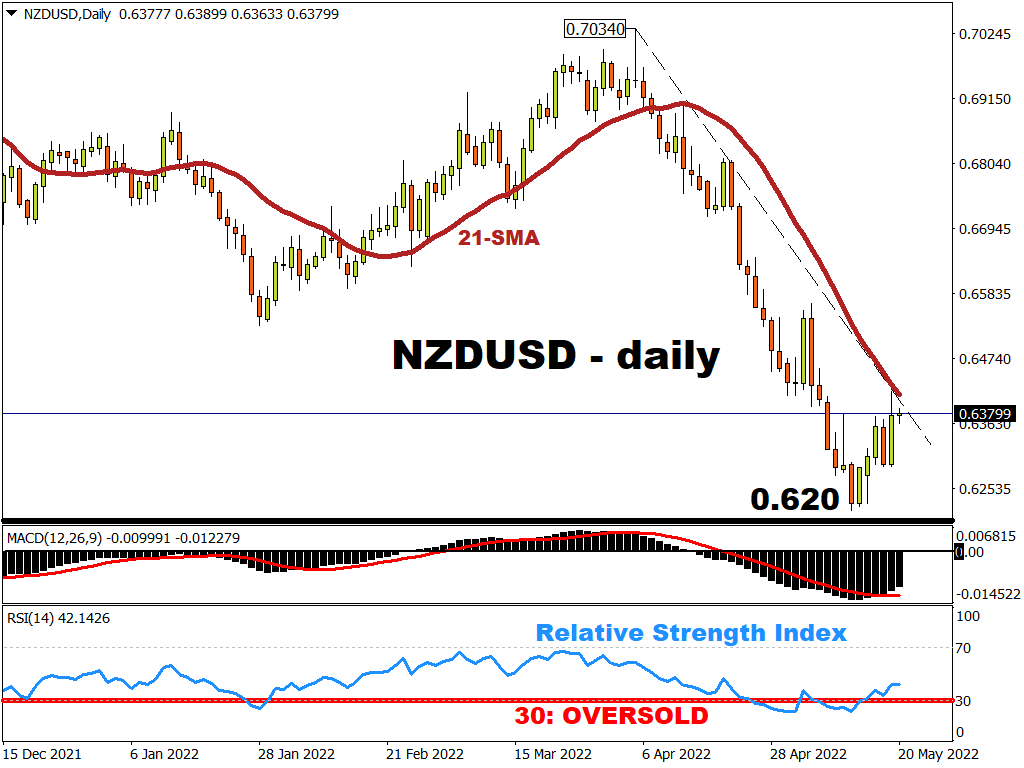 NZDUSD’s performance in the coming week is set to be influenced by the RBNZ rate decision, as well as the latest FOMC minutes and Fed speeches.

Markets are expecting the RBNZ to hike by a further 50 basis points this month, adding to the 125 basis points in hikes already incurred since October, in a bid to get ahead of inflation that has risen to its highest in over 30 years.

A dovish surprise by way of a 25 basis point hike could see the kiwi falter back closer to the 0.62 mark against the US dollar.

Also, if the RBNZ signals that it cannot raise rates as much as previously expected, for fear of sending the economy into a recession, that could also prompt the kiwi to unwind recent gains. Already, New Zealand’s Treasury Department is forecasting meagre growth of just 0.1% for the second, third, and fourth quarters of 2023.

Policymakers and market participants are well aware that the slightest policy misstep could send NZ into a recession, and the NZD falling further as such prospects.

On the other side of this currency pair, the US dollar could be restored to recent heights if the incoming FOMC minutes and scheduled Fed speak continue to ramp up the hawkish rhetoric and help US yields restore their advantage over its G10 peers.

However, if growth concerns surrounding the US economy outweigh fears over the ultra-hawkish Fed, that could prompt investors to rush back to the safety of US Treasuries, pushing down its yields while prompting the greenback to unwind its recent gains and offer more relief for the rest of the FX universe. 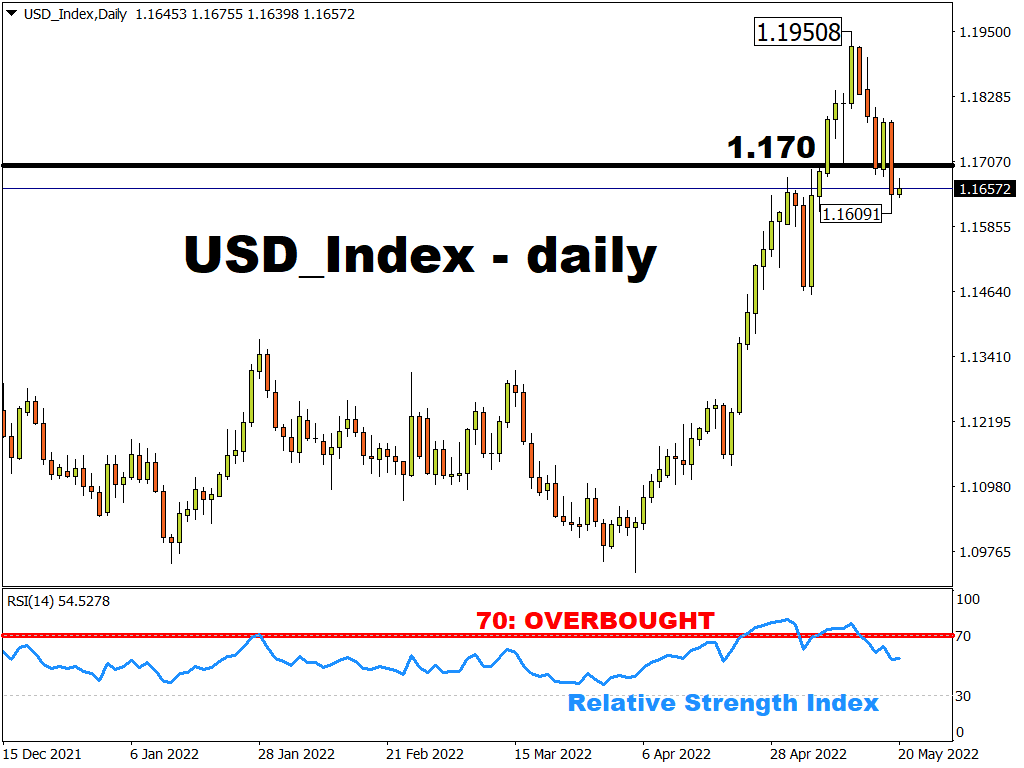