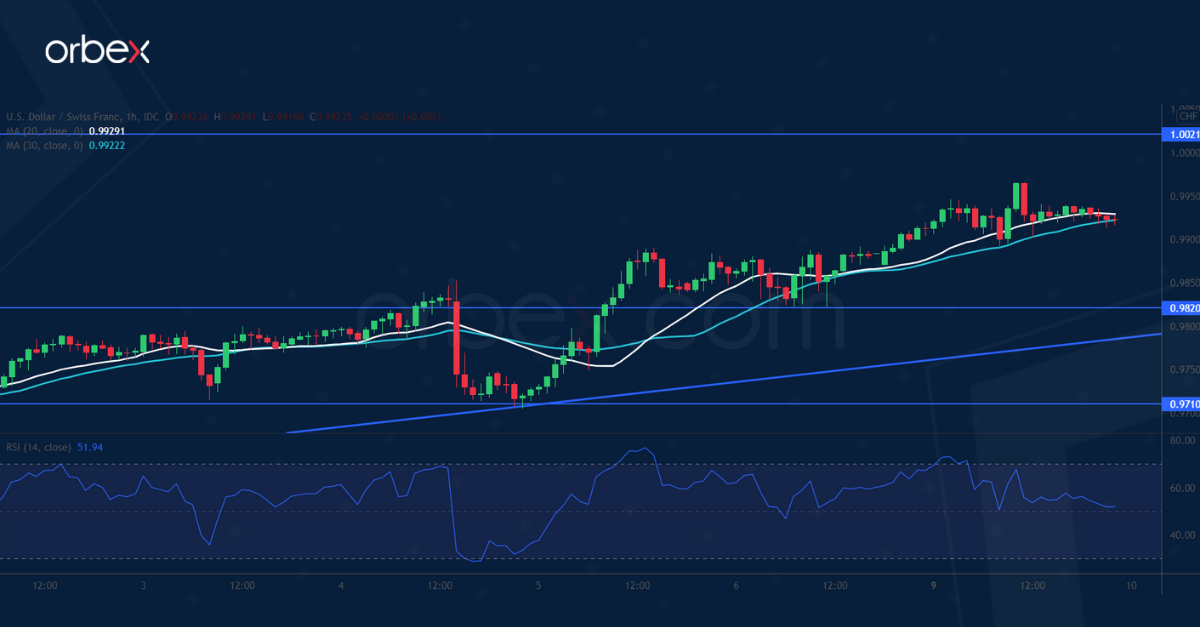 The US dollar continues upward over the interest rate differential. The pair’s steep climb over the past month pushed the RSI into an extremely overbought condition on the daily chart. A pullback may be due to let the bulls catch their breath, but a confirmation is yet to materialise. Sentiment would stay intact if the price action maintains its course above the rising trend line. November 2019’s high at 1.0020 is the next target. The resistance-turned-support at 0.9820 sits next to the trendline, making it an area of interest. 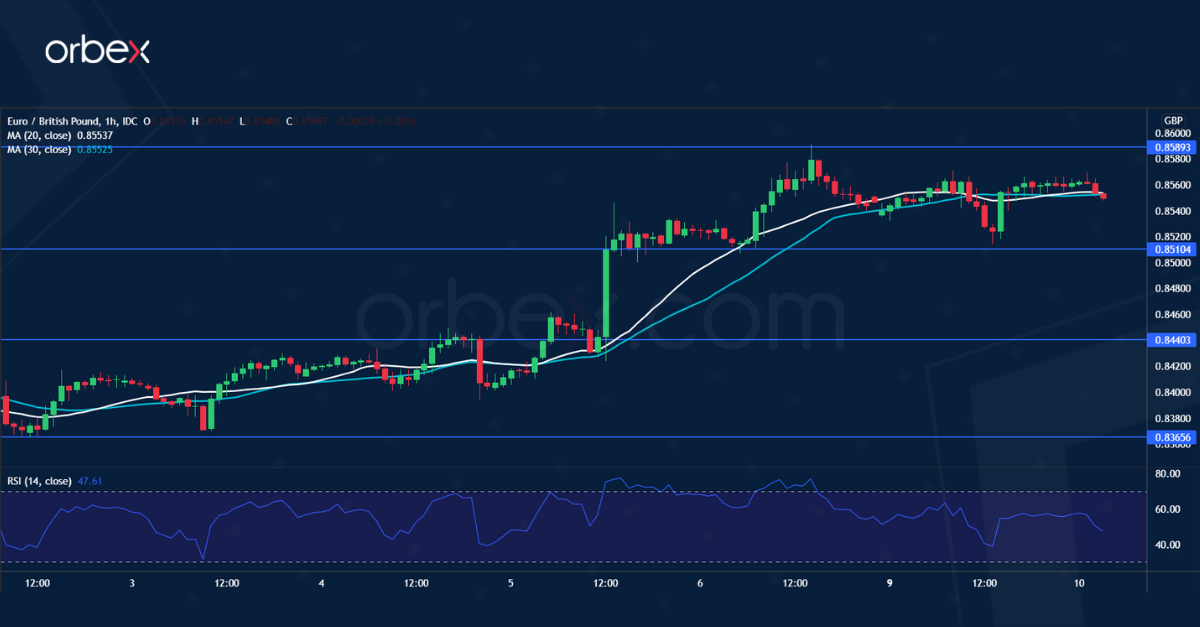 The pound weakens as fears of a recession in the UK take hold. The pair’s recovery accelerated after it broke above this year’s high at 0.8510. A bullish reversal in the medium-term could be in the making as sentiment turns around. The RSI’s double top in the overbought area may temporarily limit the rally. The bulls may look to accumulate at the next retracement. 0.8510 is the closest support and 0.8440 an important demand zone for the latest rally. A bounce above 0.8590 would trigger a runaway rally towards 0.8700. 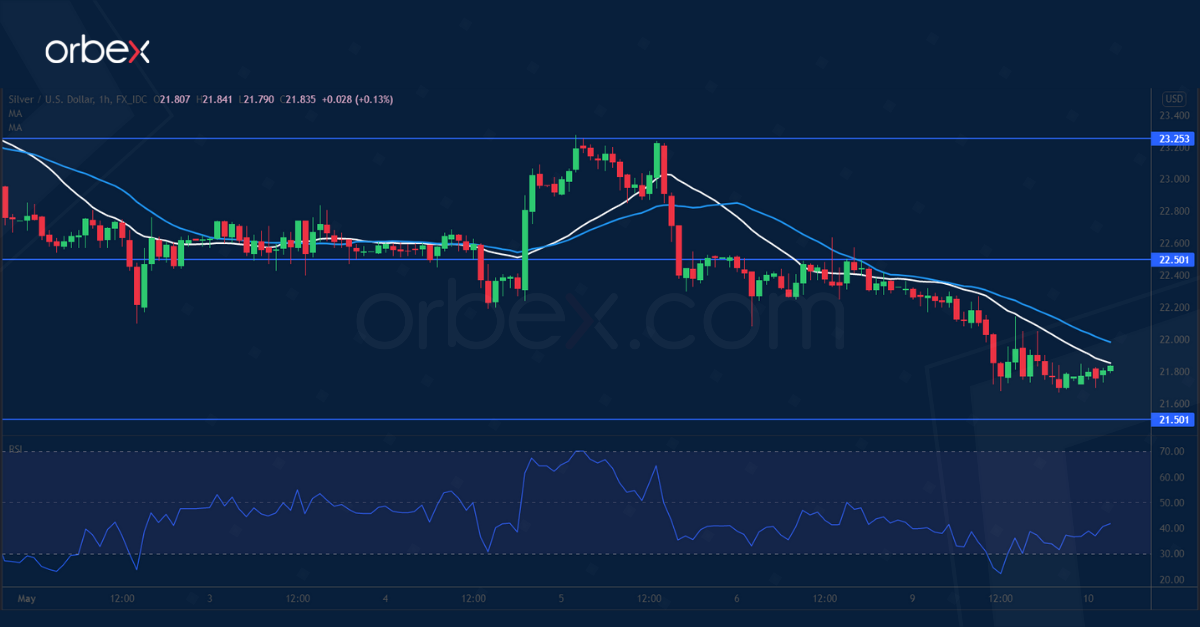 Silver edged lower as US Treasury yields stayed high. A break below the recent consolidation range at 22.20 suggested a lack of buying interest and prompted early bulls to bail out. The price is testing last December’s low at 21.50. As the RSI shows an oversold condition on both daily and hourly charts, profit-taking from the short-side and dip-buying could cause a rebound. 22.50 is a fresh resistance and 23.25 a major hurdle before buyers could push for a reversal. Otherwise, the psychological level of 20.00 might be next.

Test your strategy on how the CHF will fare with Orbex – Open Your Account Now.

Financial News Forex and Currency News
← The Analytical Overview of the Main Currency Pairs on 2022.05.10
The US stock market will not recover this year →
Latest Articles: