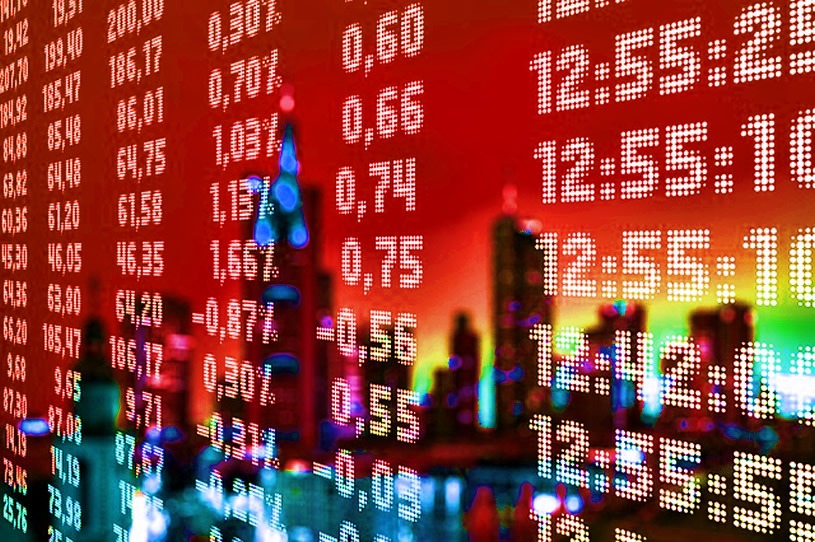 By Costas Milas, University of Liverpool

Inflation was already a serious problem thanks to the bottlenecks in the global supply chain caused by the COVID-19 pandemic. But following Russia’s brutal invasion of Ukraine, and the effect on oil and gas prices, inflationary pressures now look a whole lot worse.

The big question is how central banks will respond. Raised inflation demands higher interest rates, but this risks compounding the global economic damage likely to be caused by the western sanctions against Russia. The Bank of England has been slightly ahead of the curve on tightening monetary policy, having raised the policy rate of interest twice in the last couple of meetings to reach 0.5% and also ending its quantitative easing (QE) programme for increasing the money supply back in December.

The Fed’s QE programme is only coming to an end now, while it has yet to raise interest rates. So with both the Fed and Bank of England about to make their latest monthly decisions, what can we expect?

The story so far

UK consumer price inflation currently stands at 5.5%, more than twice the Bank of England’s 2% inflation target, and it is expected to peak at 7% in April or even higher if there is a sustained surge in energy prices. US inflation, meanwhile, is already nudging 8%.

Financial markets currently expect the Bank of England’s Monetary Policy Committee (MPC) to raise the policy rate of interest to 0.75% on March 17 en route to a peak of 2% a year from now, where it is expected to remain until the end of 2023. The US equivalent rate is at 0.25%. It is likely to be increased at the latest meeting for the first time in this cycle by 0.25 or 0.5 points, before possibly heading towards 2% by year end.

Yet the reality is that financial markets have consistently overestimated the path of interest rates. In the words of best-selling author Dan Brown in The Da Vinci Code, “Today is today. But there are many tomorrows”.

I have built a monetary policy tool that I use to predict where UK interest rates are likely to go next. This is based on four different drivers: the Bank of England’s inflation forecast, relative to the official 2% target; the bank’s most recent interest-rate decision; the level of excess demand in the economy, based on Office for Budgetary Responsibility (OBR) data; and an aggregate risk index, on the rationale that heightened perceptions of risk are bad for economic growth because it makes consumers and businesses less likely to spend and invest. This in turn can delay interest-rate rises.

I construct the aggregate risk index by pooling various strands of information: 50% comes from a measure of economic policy uncertainty that records how many UK newspaper articles contain various relevant terms such as “uncertainty”, “economic” and “deficit”; 20% is a financial stress score based on volatility in the pound and in the UK stock and bond markets; 20% is based on stock-market volatility from infectious diseases; and 10% is a measure of global geopolitical risk.

The chart below shows the aggregate risk index over a long period of time. It rose on the back of major events such as the 9/11 terrorist attacks, the 2007-09 global financial crisis and the UK’s decision to leave the EU in 2016. It also rose during the early stages of the pandemic in 2020, and is picking up again following the war in Ukraine, albeit slowly, since apart from the geopolitical risk element the remaining parts of the aggregate index have not risen sharply.

The tool also assumes a negative effect on UK economic growth: 1 percentage point less than its potential growth in the second and third quarters. This is from raised energy prices, the government’s decision to phase out Russian oil imports by the end of 2022 and general elevated uncertainty related to the war. (It is worth noting that the UK gets around 4% of its gas and around 11% of its oil from Russia.)

As far as the aggregate risk index is concerned, the assumption is that the current crisis does not escalate to a widespread, persistent war. I’m assuming that the index rises to 0.35 in mid-2022 before reverting to zero by the end of 2023.

Based on these assumptions, I expect that the MPC’s latest meeting will increase UK interest rates, in line with market expectations, to close to 0.75%. But it will then raise them to just 1.3% by the end of 2023 – considerably less than what financial markets predict. And though I don’t project US rates in the same way, it might be reasonable to expect decisions from the Fed to follow a similar trajectory.

As far as the UK is concerned, different assumptions of the policy tool obviously lead to different interest rate predictions. For example, some might argue that my 10% weighting for geopolitical risk in the total aggregate risk calculation is too low. After all, in 2001 the MPC responded to the 9/11 attacks by holding a special meeting in which it cut the policy rate from 5% to 4.75%.

For this reason, the chart below shows both the policy tool’s interest rate predictions over the next couple of years in blue, and an alternative scenario in red in which each element of the aggregate risk index has a 25% weighting. Interestingly, the alternative scenario predicts that the MPC leaves interest rates unchanged at the upcoming meeting and is even more dovish in 2022 and 2023 than in my main prediction. This is because a higher weight on the (rising) geopolitical risk counteracts, to a large extent, interest rate rises due to rising inflation because it implies more damage to growth.

Other outcomes are also possible. If, for instance, the ongoing crisis escalates much further, energy price pressures will push inflation well in excess of 3% two years into the future. Yet the risk index would also rise as a result, and UK growth would take a further hit. In such a situation, the Bank of England would face an acute stagflation dilemma. That would make interest rate decisions even harder to predict, since a big hit to UK growth would open the door to interest rate cuts – and potentially more QE.

Bonds Economics & Fundamentals Opinions
← How weapons get to Ukraine and what’s needed to protect vulnerable supply chains
Why the Fed can’t stop prices from going up anytime soon – but may have more luck over the long term →
Latest Articles: