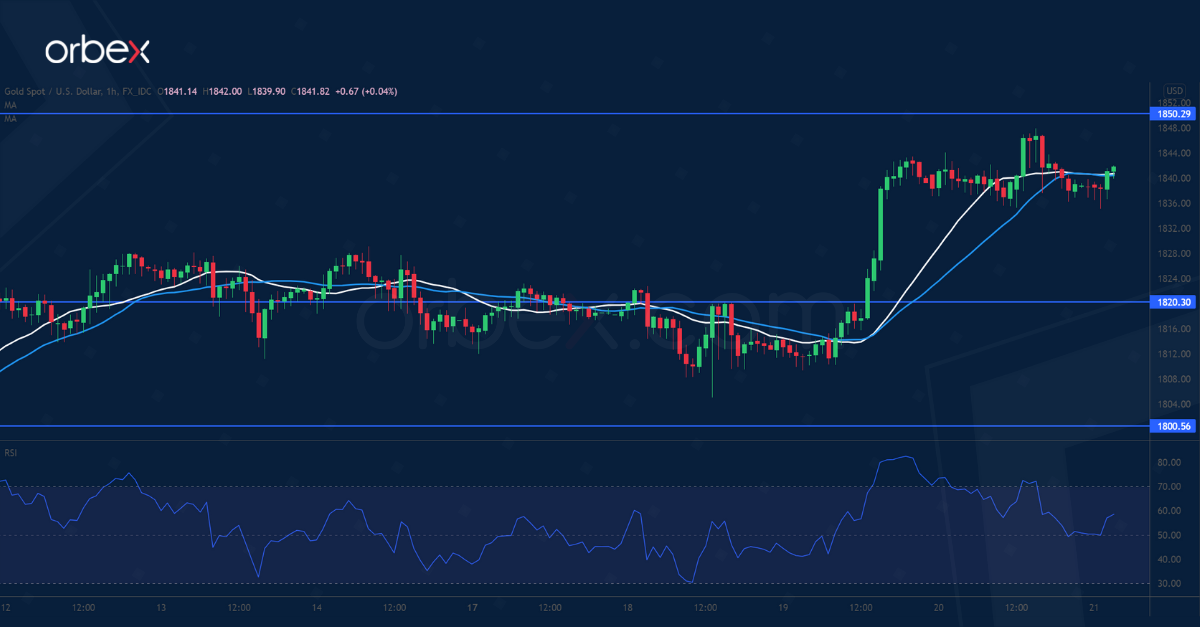 Gold surged over geopolitical tensions between the West and Russia over Ukraine.

Following a three-week-long sideways grind, the break above the triple top at 1830 indicates strong commitment from the buy-side. 1850 is the next level to clear, which would lead to November’s peak at 1877.

The RSI has shot into the overbought area, and some profit-taking could briefly drive the price lower. Buyers may see a pullback as an opportunity to join in. 1820 near the base of the recent rally is a key support in this case. 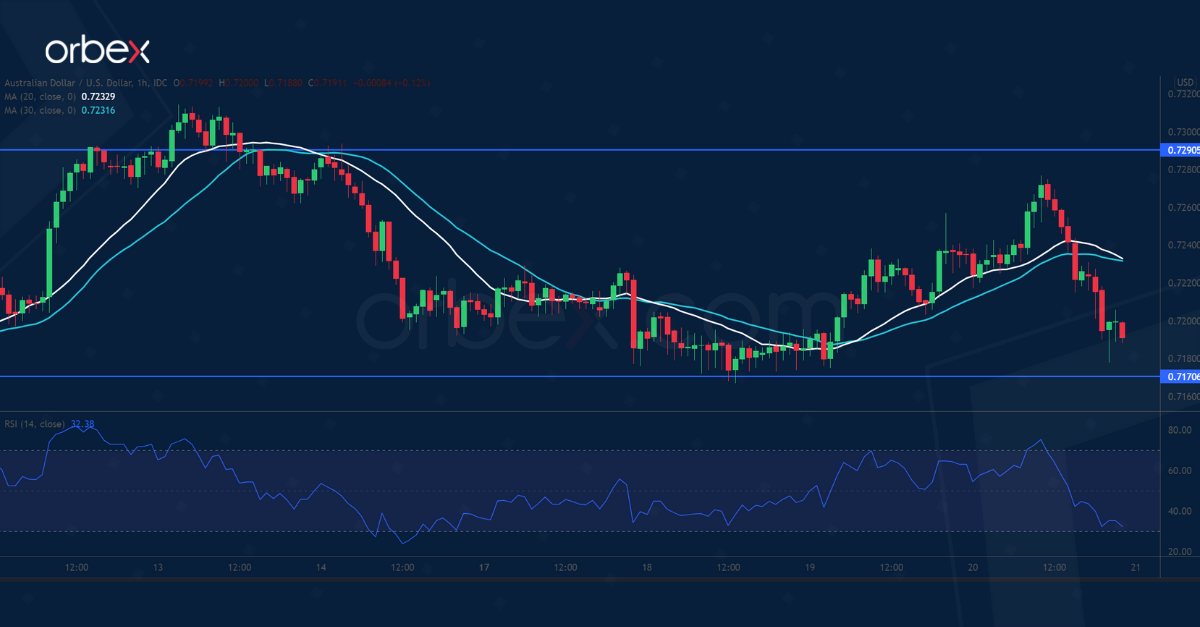 The Australian dollar climbed back after the unemployment rate dropped to 4.2% in December.

A surge above 0.7270 was the bulls’ attempt to initiate a reversal. As sellers covered their bets, the way might be open for a meaningful rebound. The follow-up correction met solid buying interest at 0.7170.

Sentiment would remain upbeat as long as price action stays above this key support. 0.7290 is an important hurdle and its breach could trigger a runaway rally towards 0.7420.

The Dow Jones 30 retreats as traders take profit ahead of next week’s Fed meeting.

The index has given up all its gains from the late December rally and fell through the daily support at 34700. This bearish breakout could extend losses to the psychological level of 34000, a critical floor to prevent a deeper correction in the medium-term.

The RSI’s oversold situation may attract some buying interest. Nonetheless, the bulls will need to lift offers around 35500 in a show of force, in order to turn sentiment around.