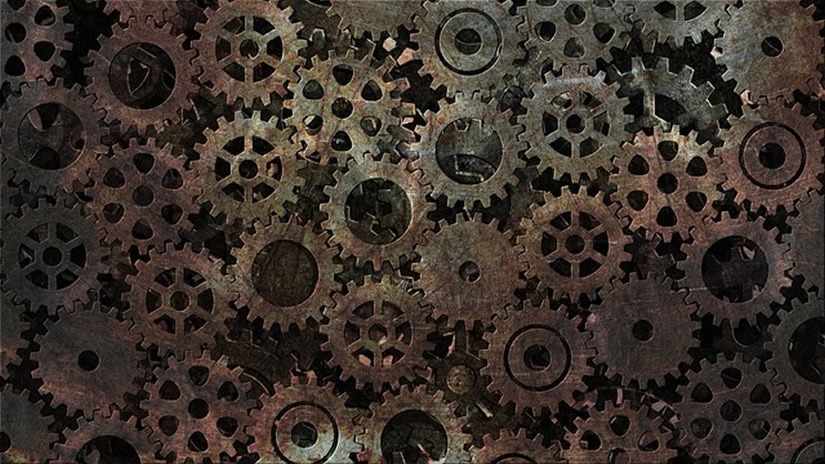 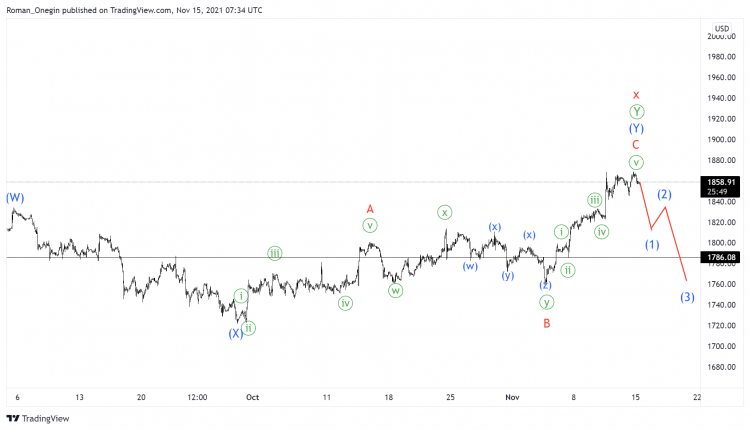 The current XAUUSD formation suggests that the market has completed the construction of a cycle intervening wave x. It took the form of a primary double zigzag. This is marked with three green sub-waves Ⓦ-Ⓧ-Ⓨ.

In the upcoming trading weeks, the development of an impulse pattern is likely. The first half of the impulse includes intermediate sub-waves (1)-(2)-(3).

The market could fall below the previous low of 1786.08. A minute second correction formed this level. 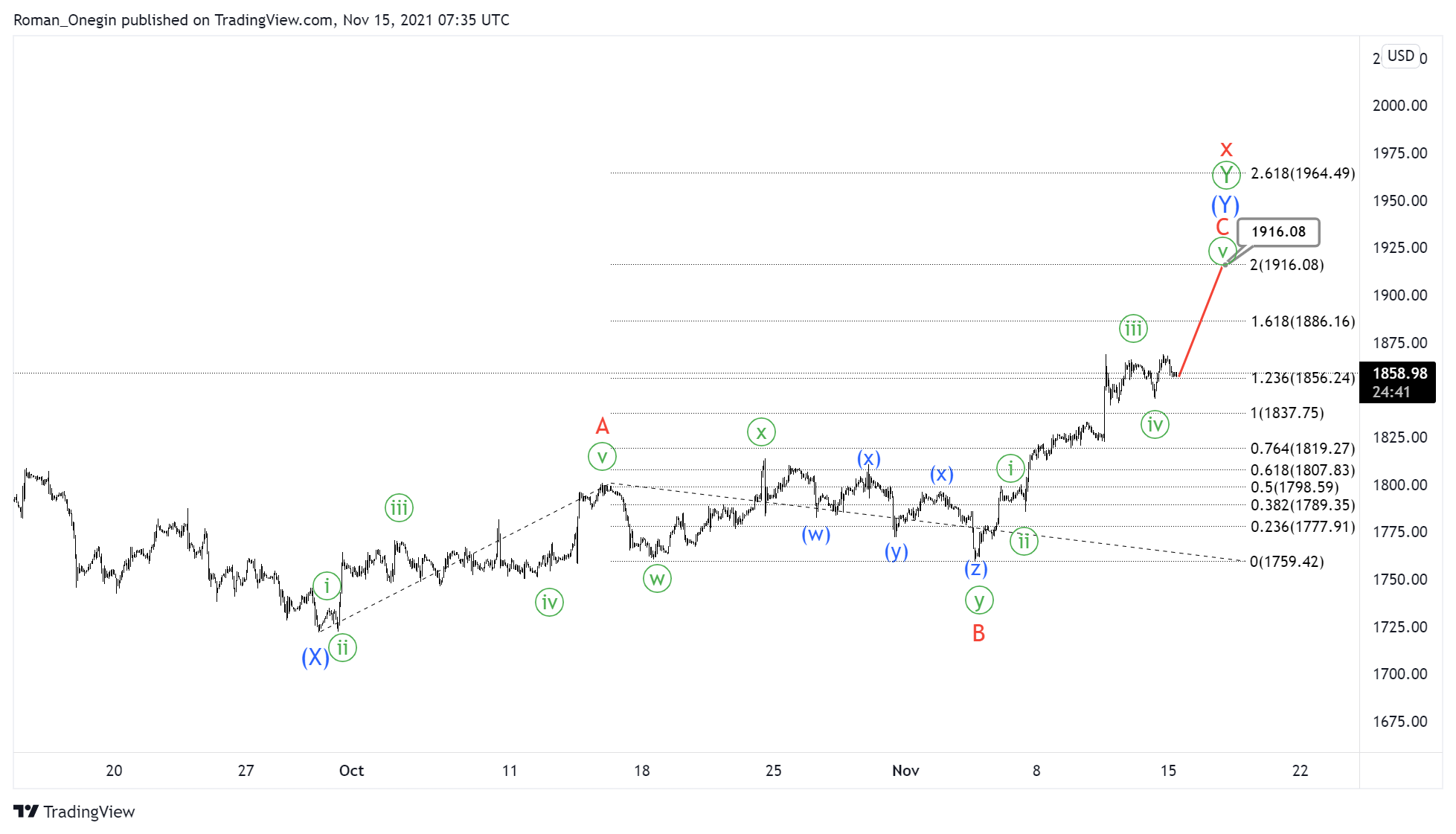 An alternative option shows the development of cycle intervening wave x has not ended. Most likely, its last leg, the actionary wave Ⓨ of the primary degree, is currently under construction.

In the final intermediate sub-wave (Y) two parts have ended. These are impulse A and the horizontal correction B in the form of a double three.