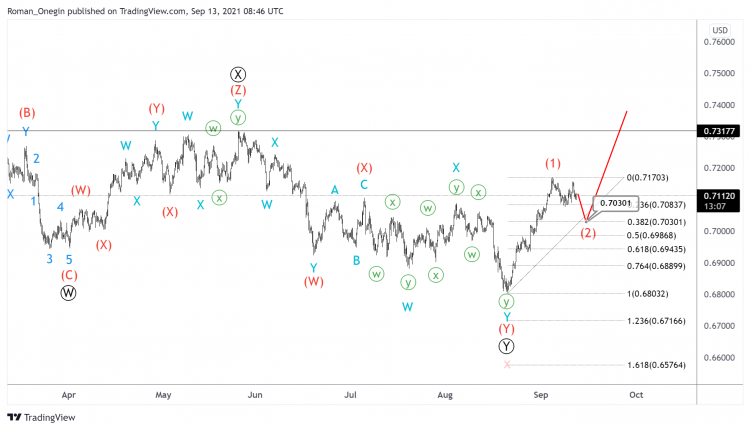 NZDUSD has seen the formation of an intervening wave x of a cycle degree. Wave x is a double zigzag consisting of primary sub-waves, the last part of which is an intermediate double zigzag (W)-(X)-(Y).

After impulse wave (1) ended, the market began to decline in a shallow correction (2). The intermediate wave (2) can end near the target level of 0.703. 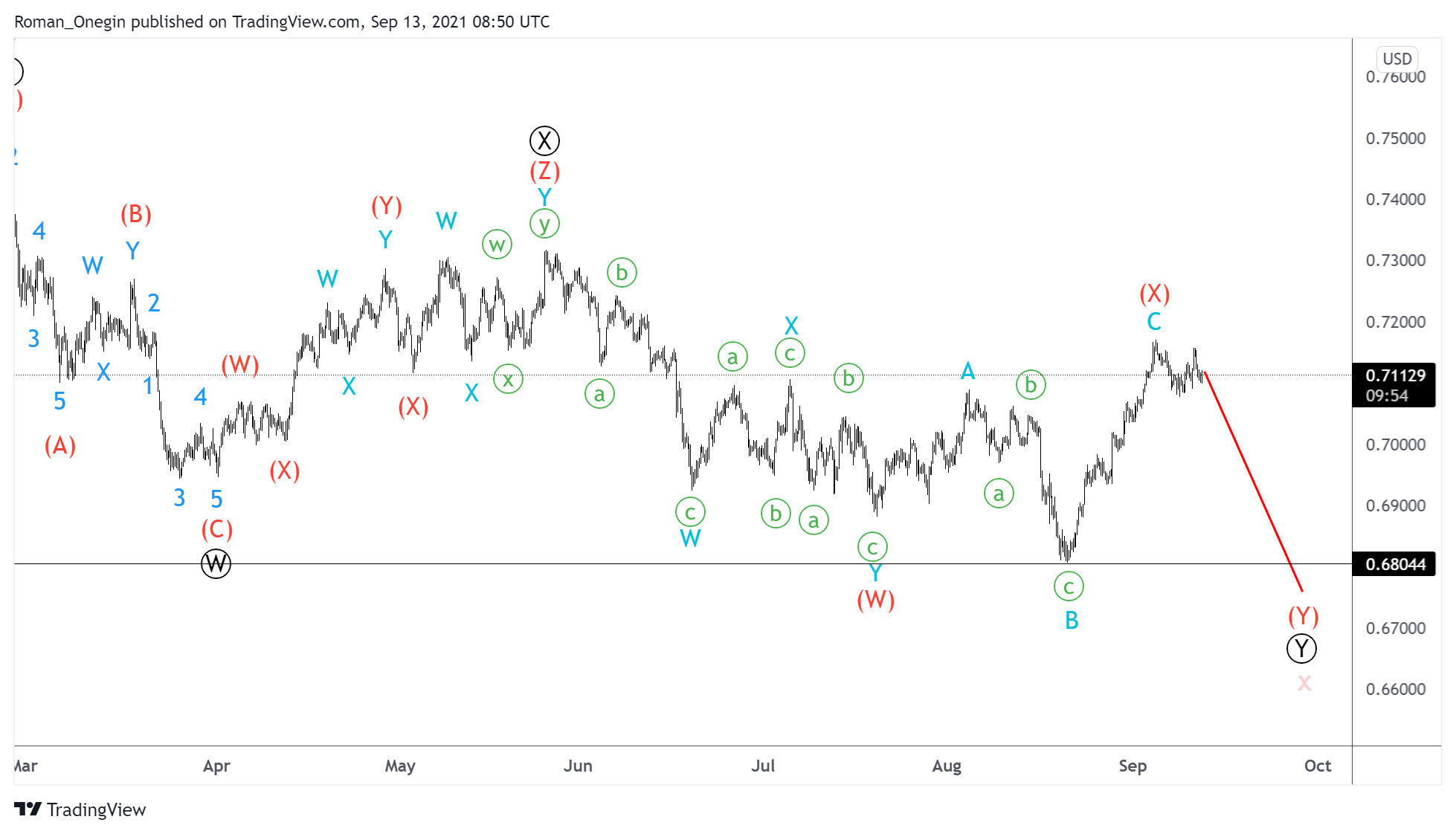 An alternative scenario indicates that the interventing wave x of the cycle degree may not be complete yet. According to this view, the last part of this wave is still under development. It consists of intermediate sub-waves (W)-(X)-(Y), where wave (X) was recently formed.

The wave (X), by its structure, is a simple flat. After the full completion of this flat, the market began to move down in a new bearish wave (Y).

In this case, the previous minimum shown by the minor wave X determines the target.

Thus, in the coming trading weeks, we may see the market decline below the level of 0.680, as indicated on the chart.