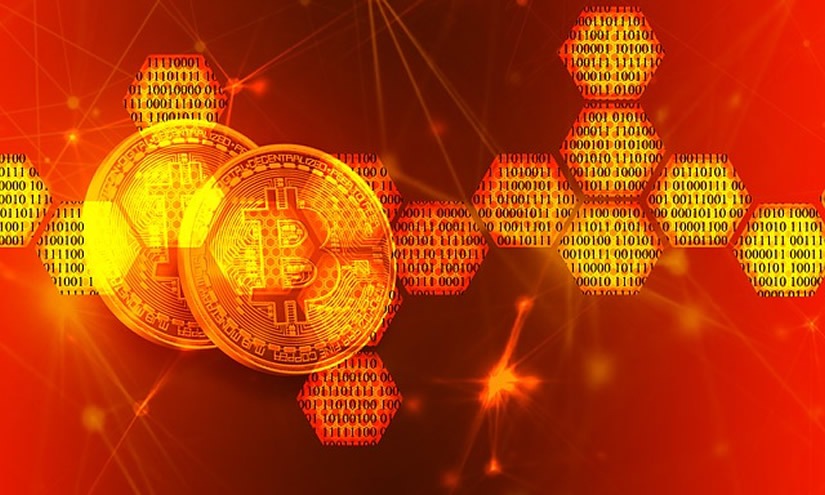 – When I first got into cryptocurrency and blockchain, I was fascinated by the idea of a decentralized, peer-to-peer network where I could transact business. But almost immediately, I thought that simply paying for stuff with Bitcoin (BTC) was only the beginning. Blockchain technology could do so much more.

That’s why I was taken immediately with Ethereum (ETH). The platform could do just about anything you could put into code. And that had enormous implications for finance, especially for consumers without traditional financial resources, like banks or brokers.

And today, the case for Ethereum couldn’t be stronger. I’ll give my reasons below. In the meantime, feel free to check out my article I wrote on Ethereum back in May. And also take a gander at my article on why blockchain is changing just about everything we do.

The Nuts and Bolts Behind Ethereum

Before we take a look at what Ethereum (ETH) has been up to – and what awaits it down the road – let’s do a quick review.

But beyond these common characteristics, Ethereum is different from Bitcoin in many ways. Here’s what I mean:

Bitcoin was created as a digital currency that could be used as a store of value and as a means of exchange. Its goal was to encourage peer-to-peer payments without the need for a central authority like a bank.

While you can use Ethereum as a store of value and a means of exchange – just like Bitcoin – its purpose is much more ambitious. While Bitcoin can be viewed as a valuable coin in and of itself – like gold, for example – Ethereum is best viewed as a platform where valuable applications are made. And in order to run those applications on Ethereum, you have to pay for that with Ether.

So, Ether – which is appropriately called “gas” – makes applications on Ethereum run. And it’s Ether that goes up and down in price when you check it online.

If you want to learn more about Ethereum, check out my post in the Trader’s Blog. And if you’re looking for a more general digest of blockchain articles, visit my 2021 Guide to Cryptocurrencies, Part 1 and Part 2.

Why Ethereum is Worth Owning Now More than Ever

Sometimes a picture is worth a thousand words… 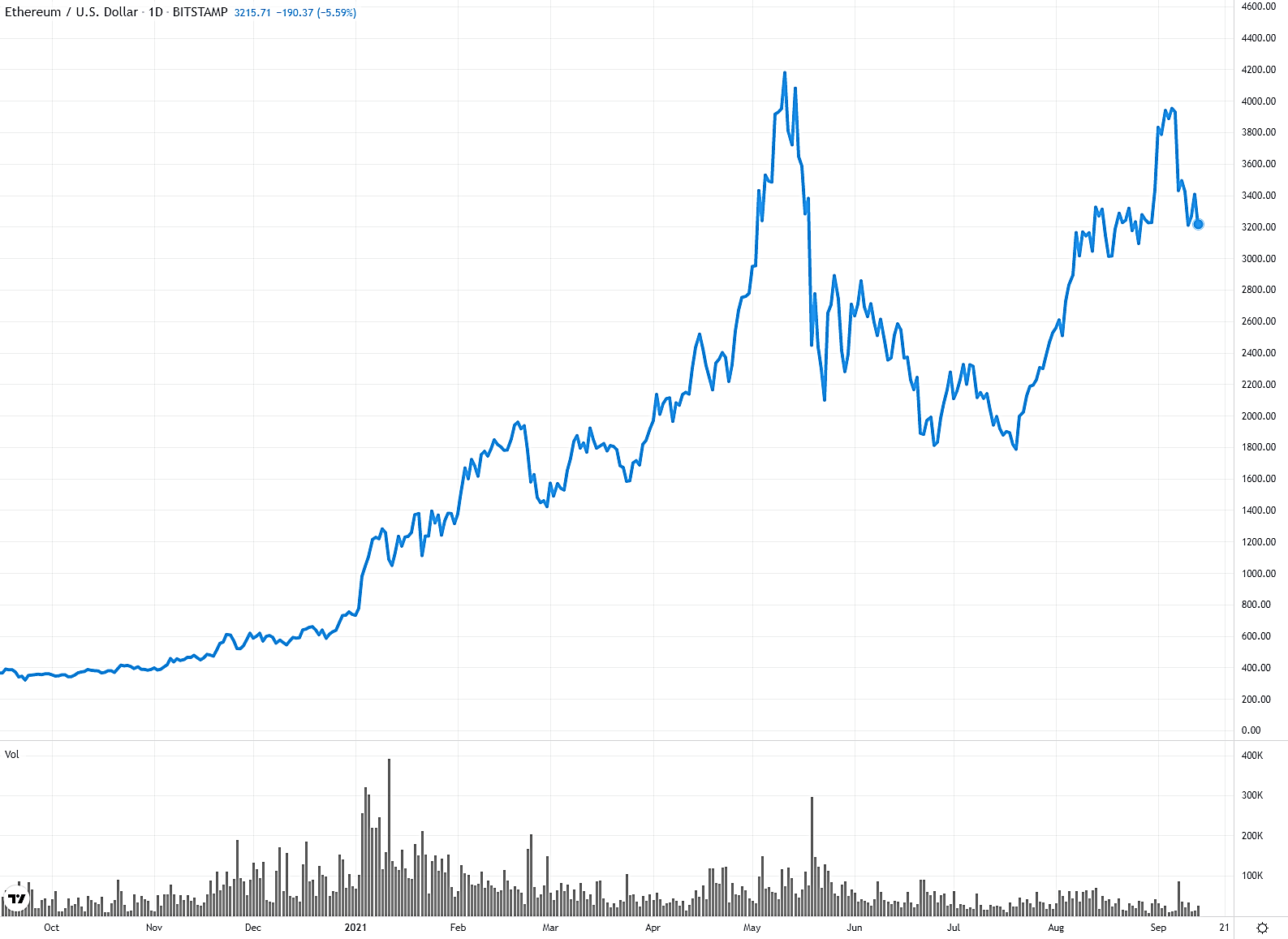 As you can see from this one-year chart of Ethereum, the crypto reached an all-time high of around $4,200 in May. And like just about every other cryptocurrency out there, it proceeded to shed a ton of value, hitting a recent low of about $1,800 in July.

From there, it’s been off to the races. In fact, it nearly eclipsed its May level, reaching a high of about $4,000 in September. Since then, it’s been beaten up again.

So, why is it all over the place? Because as Bitcoin goes, so does the rest of the crypto space, including Ethereum. And while that’s not what most people probably want to hear, the fact is Bitcoin is still the dominant player. And with new assets like Ethereum in a new marketplace, the market leader – in this case Bitcoin — is going to dictate what happens to the rest of the space.

But here’s the good news: While both Bitcoin and Ethereum (ETH) sold off in the summer and in September, year-to-date Ethereum has been the crypto to own compared to Bitcoin. See for yourself… 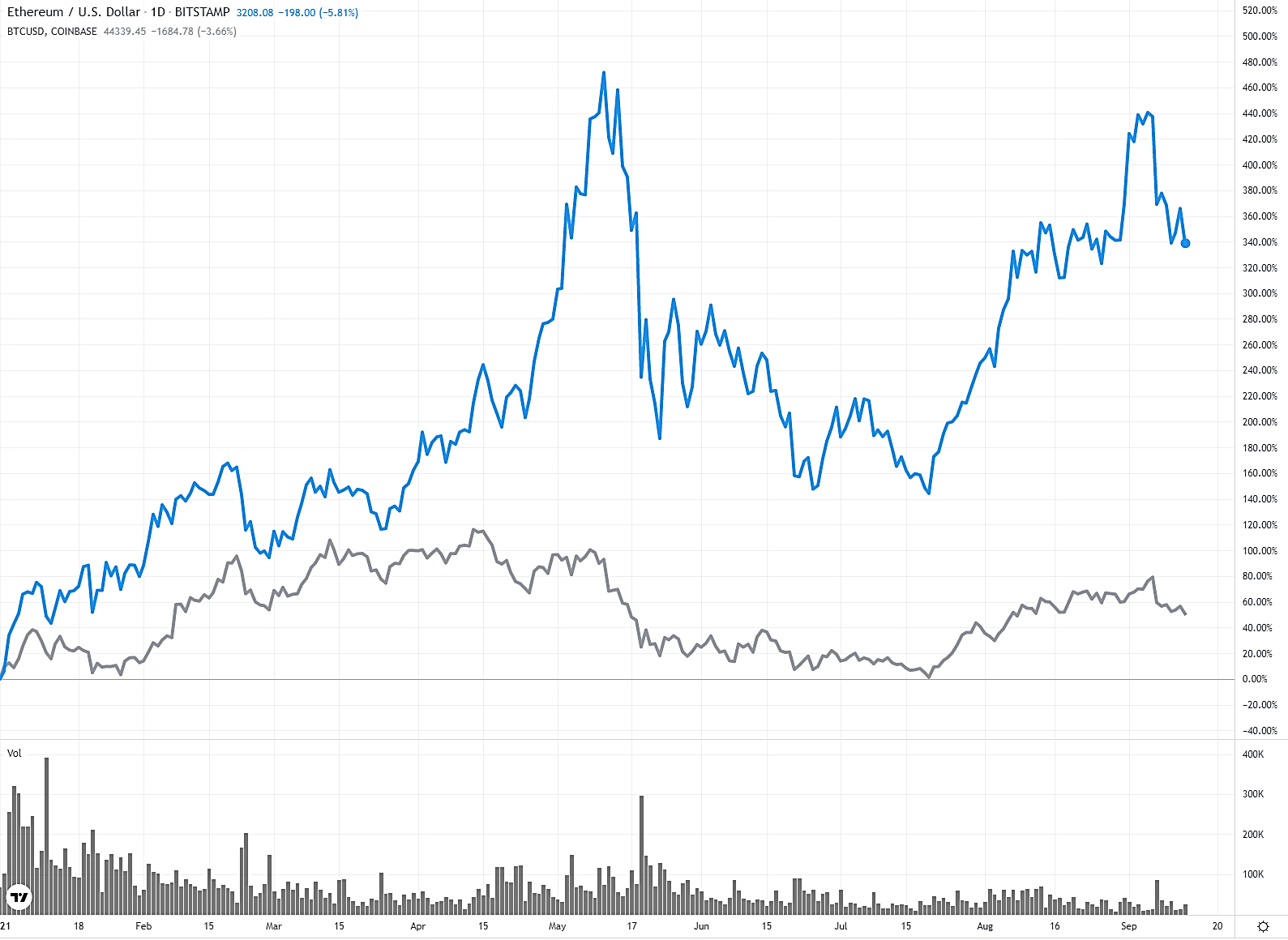 Since the beginning of the year, Ethereum has been up about 340%. In the meantime, Bitcoin is up about 50%.

In my book, the coming of Ethereum 2.0 is a big deal. That new version of the software – which is slated for 2022 — will improve the platform’s security, speed, and scalability, three features that are critical to more and better application development.

The new upgrade will also mean that ETH will move from a proof-of-work consensus mechanism to a proof-of-stake mechanism. That’s going to cut down on the environmental impact of mining Ethereum, which to me is a drag on the long-term price of Bitcoin.

But most importantly, most DeFi (Decentralized Finance) apps run on Ethereum. And with that market now reaching over $120 billion, the outlook for Ethereum (ETH) couldn’t be brighter. In fact, since you can do just about anything financial with a DeFi app – from borrowing to lending to investing – that $120 billion number is just the beginning.

Only Invest a Tiny Bit

No matter how compelling I may make a case, take it as I do: With a grain of salt. For certain, the importance of blockchain can’t be underestimated. But the market is nascent and unproven. And that means loads of volatility and uncertainty. So don’t devote more than 1% to 2% of your portfolio to crypto.

Cryptocurrencies Opinions
← How Could The Markets React To German Elections?
USDCHF Zigzag Wave Y To Complete Near 0.944 →
Latest Articles: