The past few days have been incredibly eventful for global markets as concerns over soaring inflation and slowing economic growth sparked explosive levels of volatility!

There was plenty of action across stock, currency, and commodity markets as investors braced for the Federal Reserve (Fed) rate decision on Wednesday evening. After last Friday’s red hot inflation figures, markets are pricing in a 75 basis point US rate hike this month – the biggest hike since 1994. Such an aggressive move from the Fed is likely to turbocharge the dollar, which has already appreciated every single G10 currency this week.

Ahead of the Fed meeting, our attention will be directed towards major currency pairs which could be influenced by the rate decision and Powell’s press conference.

Euro bulls were injected with fresh confidence this morning after the European Central Bank (ECB) announced an emergency meeting to discuss the market turmoil.

Nevertheless, the trend remains bearish on the daily timeframe with 1.0500 acting as resistance. Sustained weakness below this level could encourage a decline towards 1.0350. If bulls are able to close above 1.0500, the next key level of interest can be found at 1.0630 and 1.0780, respectively. 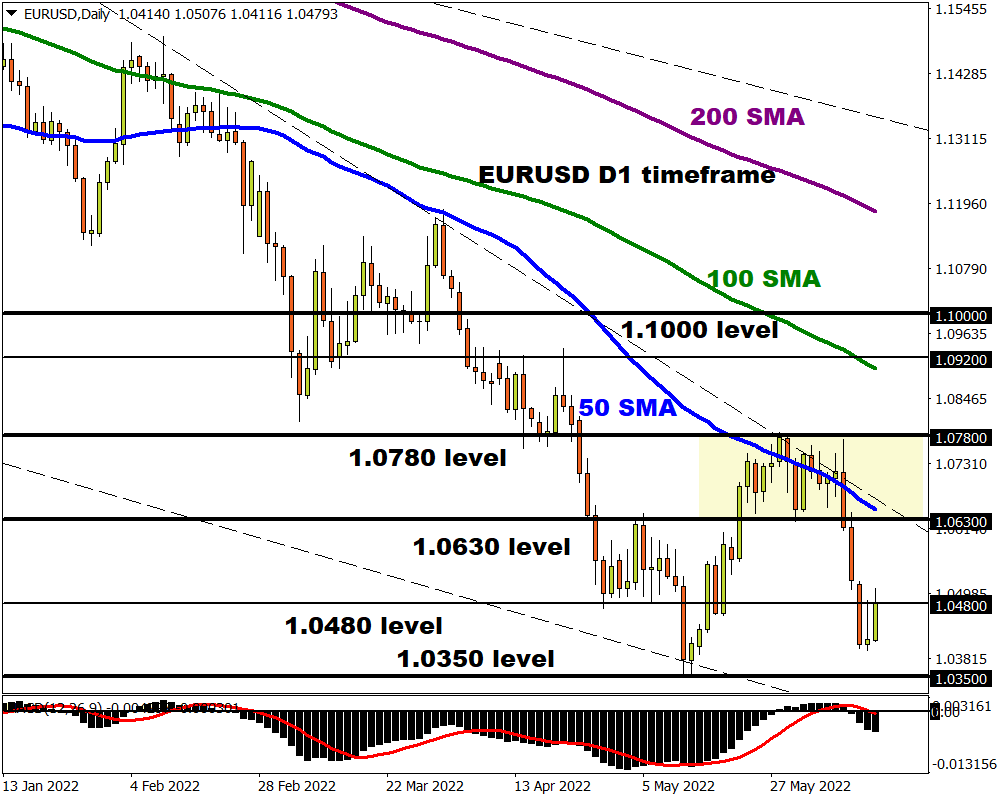 GBPUSD descends deeper into the abyss

The past few days have certainly not been kind to the GBPUSD.

Yesterday, prices tumbled to levels not seen since March 2020 as traders eyed the widening rate differentials between the Fed and BoE. Prices are heavily bearish on the daily charts as there have been consistently lower lows and lower highs. The candlesticks are trading within a downwards channel and below the 50, 100, and 200-day Simple Moving Average. If bears can secure a daily close below 1.1950 opening the doors towards 1.1700. A move back above 1.2150 may signal an incline towards 1.2300. 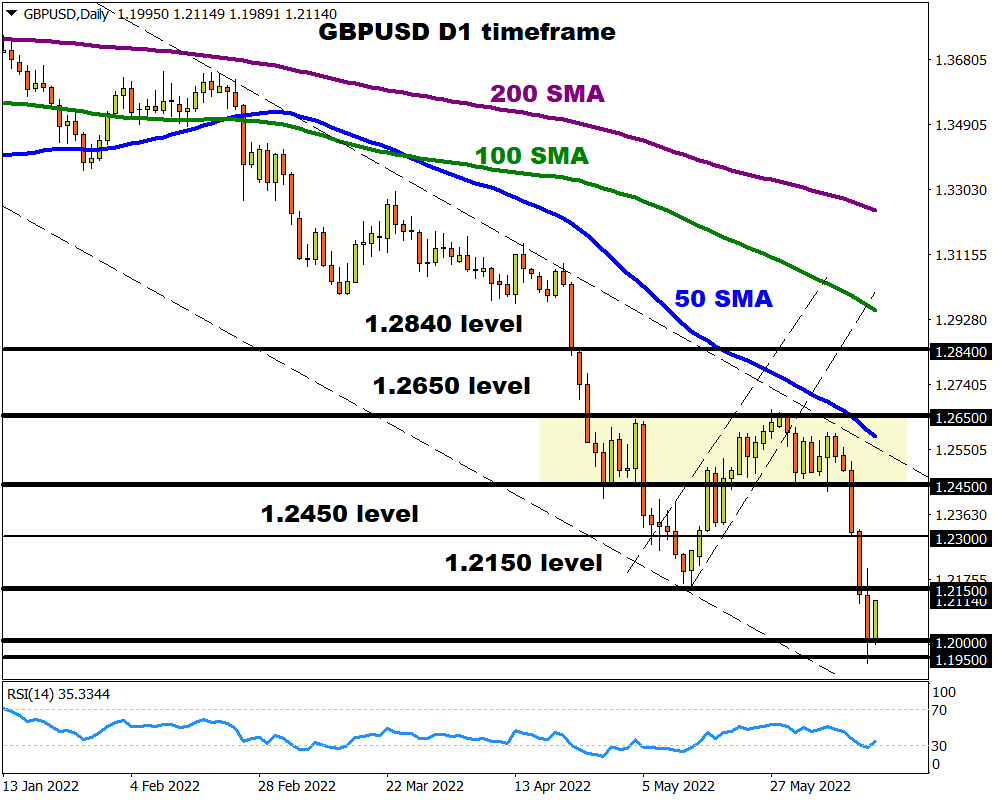 We expect the USDJPY to remain bullish with a breakout opening the doors to further upside.

Key levels of interest will be 135.00 and 134.00. A solid move towards 136.00 will take prices to levels not seen since 1998 and could trigger an incline higher towards 138.00. Alternatively, a selloff below 134.00 may inspire bears to attack 131.00. There is a classic breakout/down opportunity on the USDJPY with a fresh directional catalyst needed to spark the move up or down. 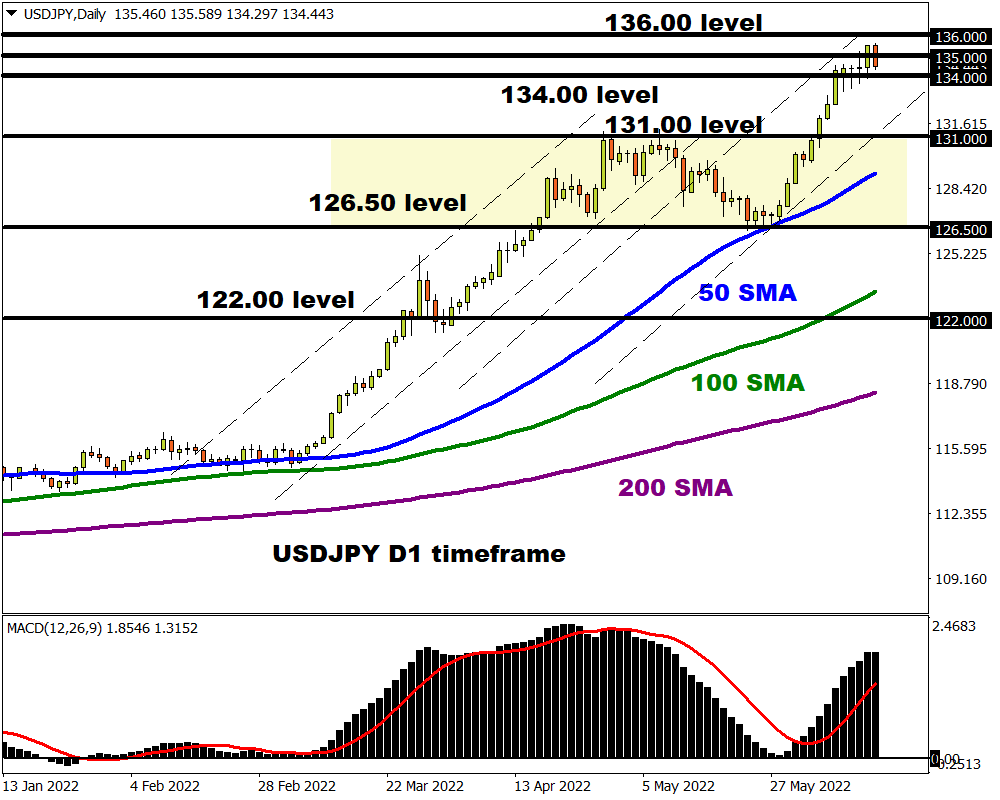 After experiencing five consecutive days of losses, the AUDUSD is attempting to rebound with prices trading around 0.6950 as of writing. The trend remains heavily bearish as there have been consistently lower lows and lower highs. However, there could be a minor rebound before bears attack again. A technical bounce towards 0.7050 could invite sellers back into the game. If the current price jump proves short-lived, the AUDUSD could descend back towards 0.6850. 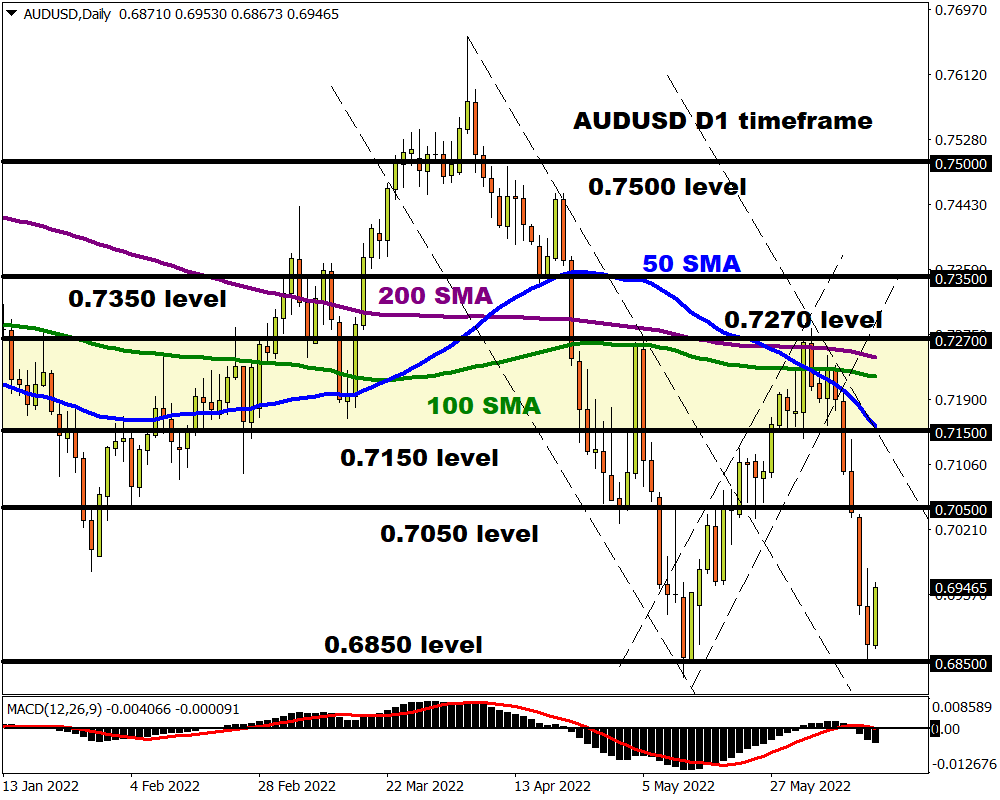 It’s been a rollercoaster trading week for gold so far thanks to the dollar and Treasury yields.

After taking a real beating on Monday and sulking on Tuesday, the precious metal fought back on Wednesday ahead of the Fed meeting. The precious metal could be in store for more pain if Jerome Powell strikes a hawkish tone or signals that the Fed will maintain its aggressive approach toward raising rates.

Looking at the technical picture, prices are trading below the 50, 100, and 200-day Simple Moving Average while the MACD trades below zero. A solid daily close below $1800 could signal a decline back towards recent lows at $1785. Should $1850 prove to be reliable support, a move towards $1870 and $1900 could be on the cards. 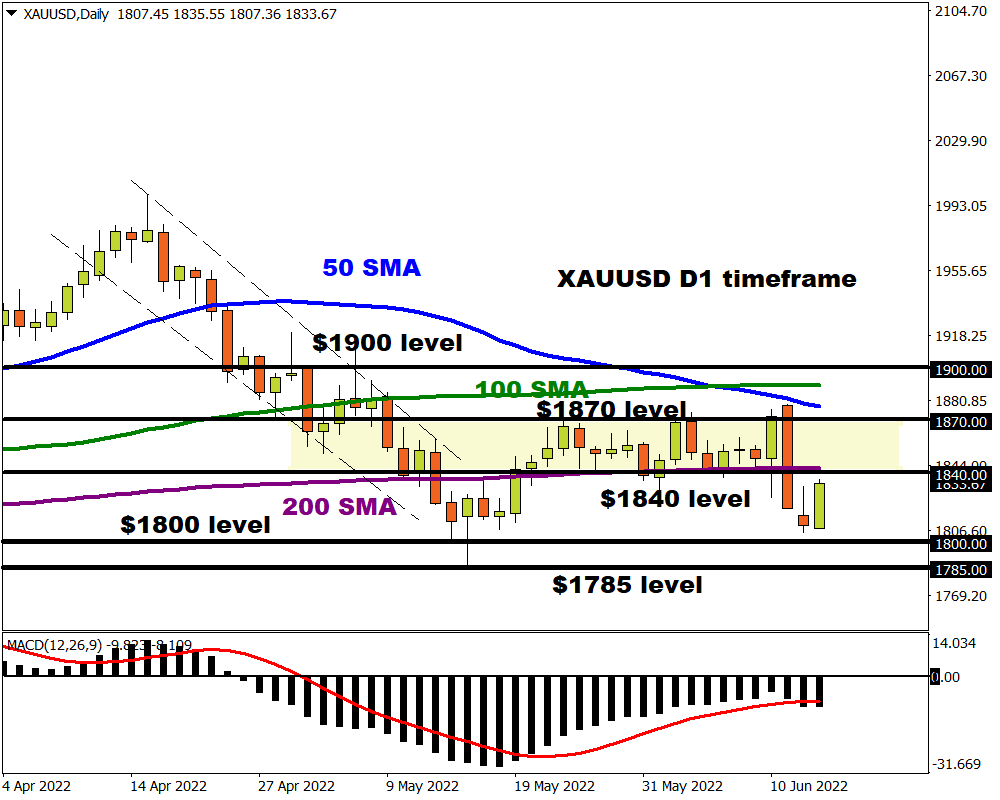