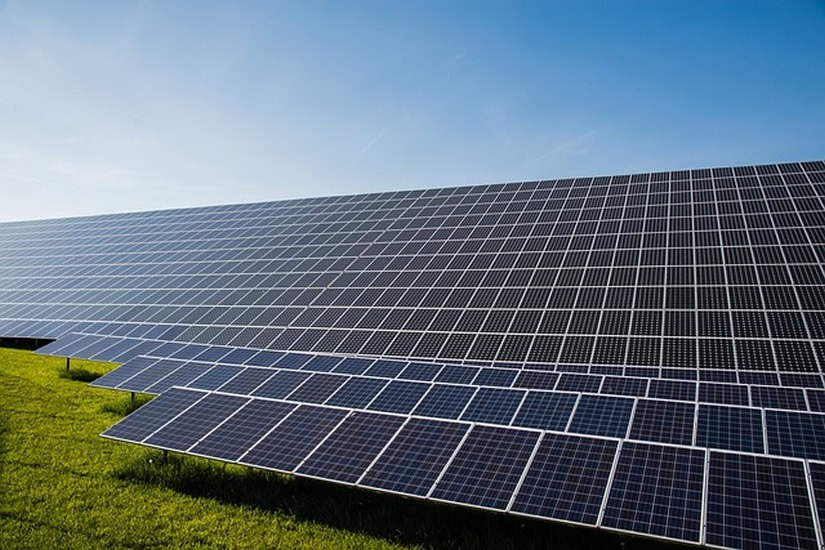 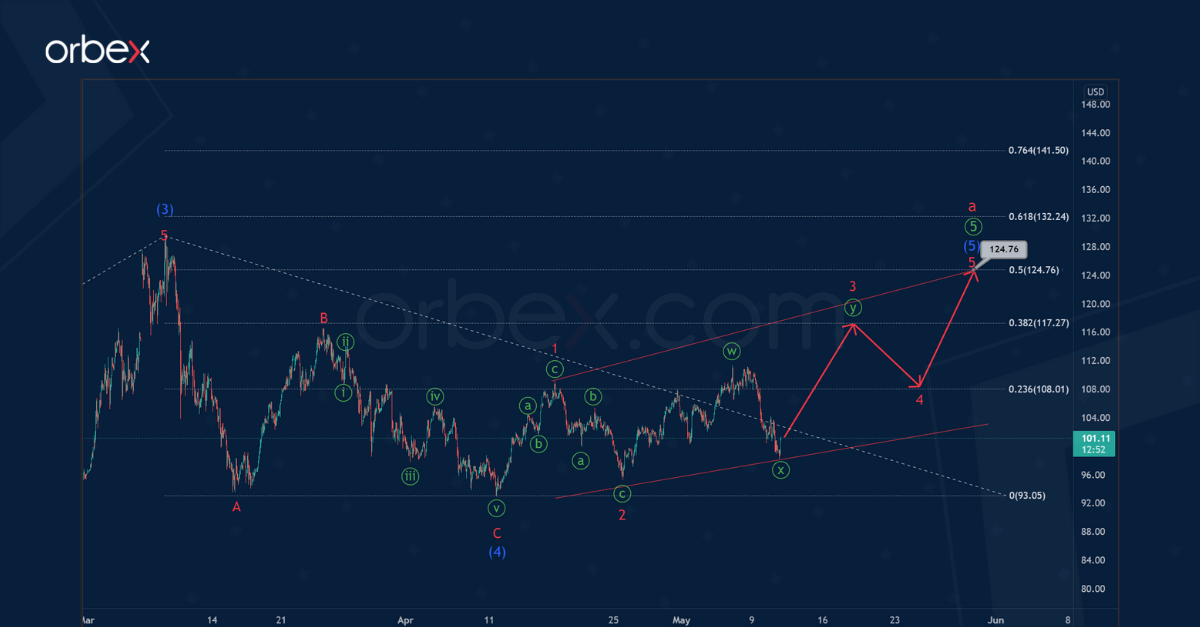 USOIL shows the development of the final part of the global impulse wave of the cycle degree. The final primary wave ⑤ takes the form of an intermediate impulse.

In early April, an intermediate correction wave (4) ended in the form of a minor zigzag. Prices then began to rise in the intermediate wave (5). We see that sub-waves 1 and 2 have a corrective structure. Thus, the entire wave (5) can take the form of an ending diagonal 1-2-3-4-5, as shown in the chart. 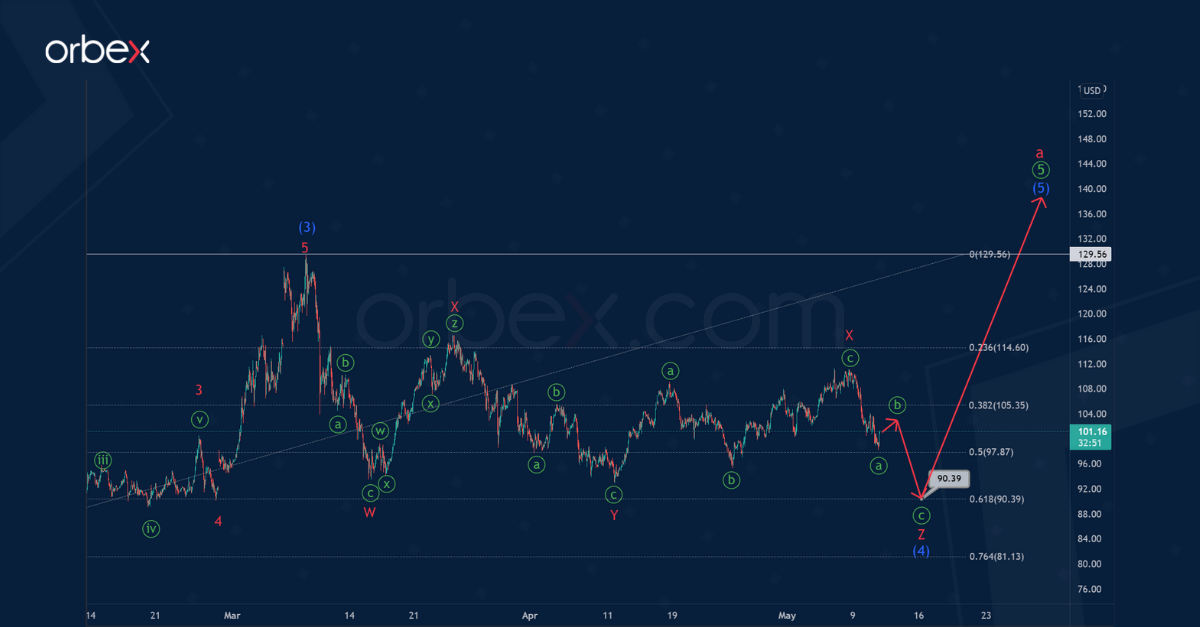 Let’s consider an alternative scenario in which the construction of the intermediate correction (4) has not completed yet. Perhaps it will have a horizontal triple three W-X-Y-X-Z pattern.

The minor sub-waves W-X-Y-X look completed. A downward movement is now likely in the actionary sub-wave Z. This could take the form of a minute simple zigzag ⓐ-ⓑ-ⓒ.

After the end of the sideways movement, the market is likely to grow above the maximum of 129.56.

Energy Financial News
← Investors expect a decline in US consumer inflation
Five things that economists know, but sound wrong to most other people →
Latest Articles: