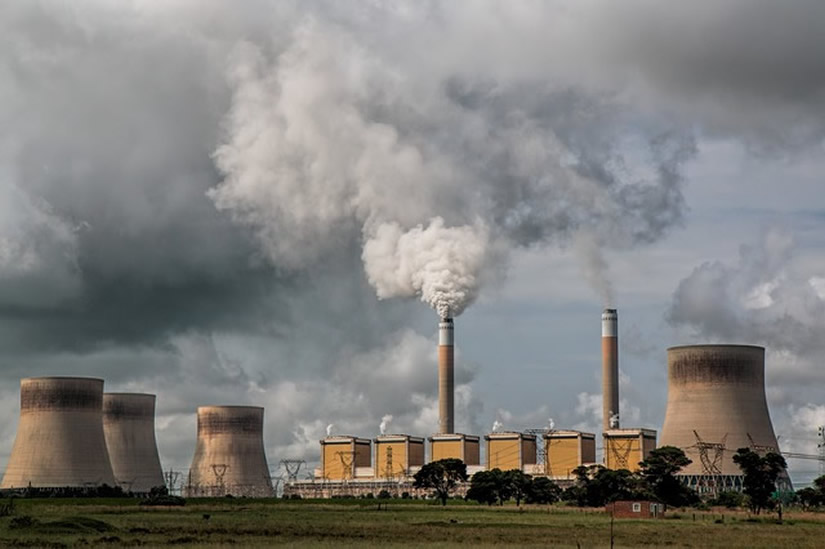 Oil markets will be closely monitoring these events on this final day of March:

Both US crude and Brent oil prices are pulling back by over 5% today at the mere suggestion that more US oil could flood the markets. 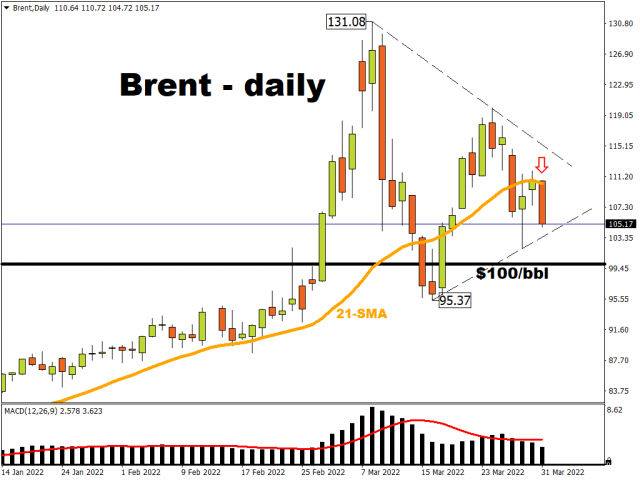 Let’s go back to some basic economics to understand to better understand why oil prices are reacting this way today and why these events matter for markets.

Why have oil prices been surging?

The main reason why oil prices have been skyrocketing in recent months is because there is not enough supply to meet the world’s demand for oil.

The world is clamouring for more oil as the global economy continues recovering from the pandemic (more people are jetting off on vacations abroad, daily commutes to work/school runs/social gatherings are ramping up, more of the world’s factories are coming back online, etc.)

According to the IEA, global demand for oil is just a couple million barrels short of pre-pandemic levels of around 100 million bpd.

But oil has been hard to find, due to:

Although the EU has refrained from such a drastic move for the time being, such a risk could resurface the longer the Ukraine invasion continues. As things stand, Russian oil is already struggling to find buyers around the world, as countries fear the potential repercussions of sanctions.

Years of underinvestment as well as political instability have led to a severe lack of spare capacity for oil-production in countries such as Nigeria, Angola and Libya. Only the likes of Saudi Arabia, the UAE, and Iraq have sizeable spare capacity of a combined 3 million barrels per day or so.

Given Russia’s status as an influential member within OPEC+, the alliance may not want to invoke Russia’s wrath by pumping out more oil. Raising the collective OPEC+ output would be seen as bowing to pressure from the US administration. After all, President Biden had attempted (unsuccessfully) since last year to encourage OPEC+ to pump more oil to bring prices down.

How would this reported US strategic reserves release impact prices?

If White House unleashes 180 million barrels into the US economy, that means there is more incoming supply to meet demand.

This brings prices into more of an equilibrium and helps prices moderate (as we’re witnessing now).

Of course, the exact details have yet to be announced. But given the markets’ forward-looking nature, traders tend to react first based on assumptions.

And whether prices can stay at these levels very much depends on the details released by the White House.

Also, note that such a move by the White House may also put the pressure on other US allies around the world, such as the UK, Japan, and South Korea to release oil from their respective strategic reserves as well.

Although these non-US amounts will likely be a lot smaller, such a coordinated move could offer more relief to a world that’s desperate for more oil, while helping prices moderate lower.

But a massive release from the US strategic reserves could in turn trigger a response from OPEC+.

To be clear, OPEC+ today is widely expected to stick with its “gradual” approach to restoring oil output (400k bpd hike per month).

Still, the alliance has built a penchant for making shock announcements since the pandemic.

A shock OPEC+ announcement today, or at the next meeting, to halt its pans to raise output could see prices recovering sharply upwards (less supply to meet global demand).

Overall, we still find ourselves in a world where there still isn’t enough oil to meet global demand.

And that should keep oil prices supported around $100, barring a major shocker today.

However, if either the OPEC+ decision or the White House announcement today upends that global supply-demand calculation, that could inject even more volatility into oil prices as we enter the second quarter of what has already been an eventful 2022.