USDCNH Bearish Trend Could Complete At 6.319 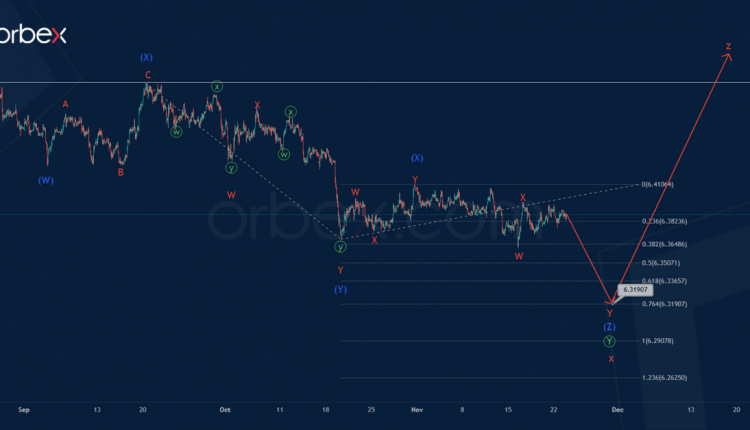 The formation of the USDCNH currency pair involves the development of a large intervening wave x of the cycle degree. It is a primary double zigzag Ⓦ-Ⓧ-Ⓨ. The final primary wave Ⓨ is currently under development.

Then prices fell within the wave (Z). Currently, the minor sub-waves W-X, which form an intermediate double zigzag (Z) have ended. The price decline in wave Y could reach the level of 6.319. At that level, wave (Z) will be 76.4% of wave (Y). 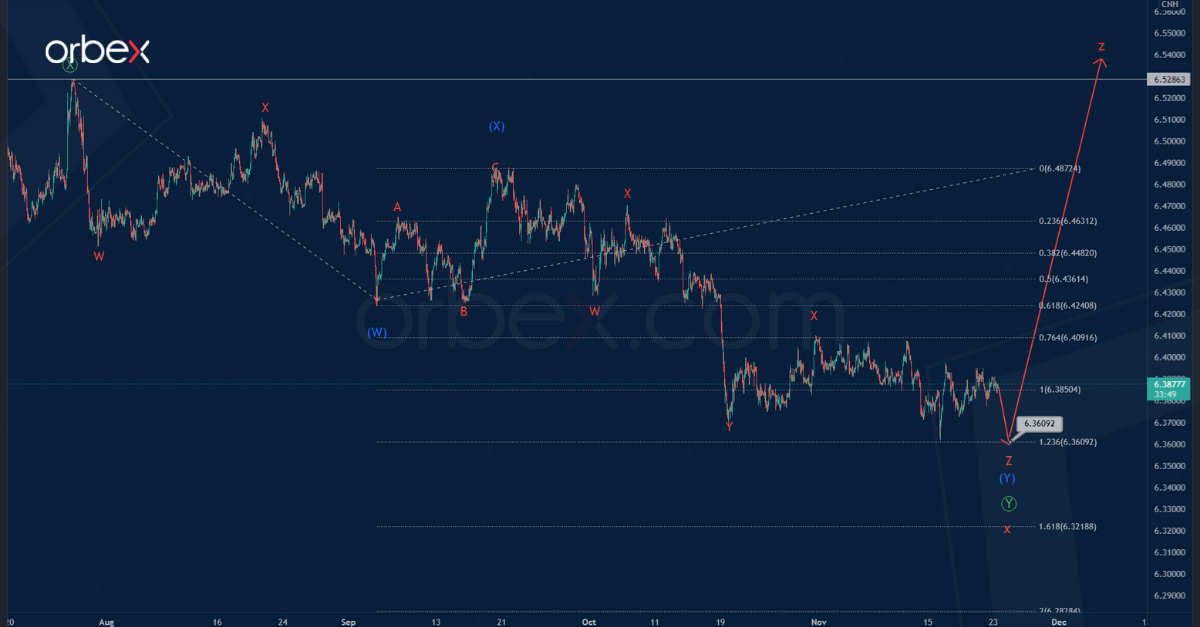 In this case, it has the form of a primary double zigzag Ⓦ-Ⓧ-Ⓨ. And its final wave Ⓨ is a double zigzag (W)-(X)-(Y) of the intermediate degree, for the construction of which the final section of the sub-wave Z is necessary.

After reaching the specified price level, we can expect a bullish cycle wave z to develop to a maximum of 6.528.

Financial News Forex and Currency News
← The Analytical Overview of the Main Currency Pairs on 2021.11.23
Jerome Powell will remain a head of the Fed for another four years →
Latest Articles: