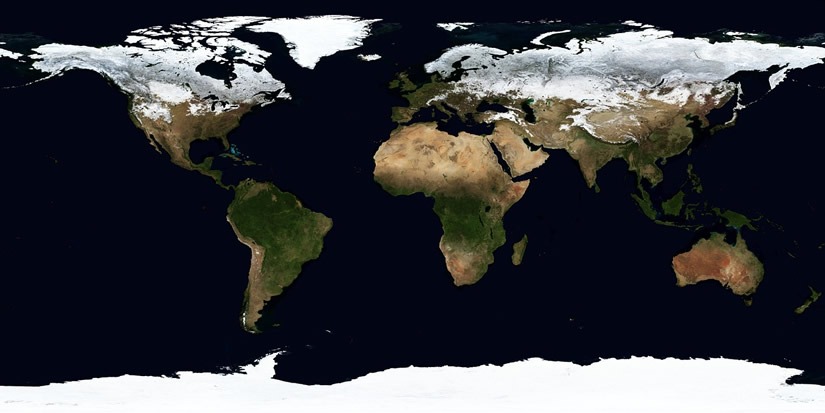 Here are the key scheduled events that could move financial markets this week:

On Monday morning, oil prices are picking up from where they left off before the weekend, powering hard this past Friday to erase losses from earlier in the week. Oil benchmarks registered a third consecutive weekly advance, with Brent now attempting to break out of the bearish channel it had adhered to since July. 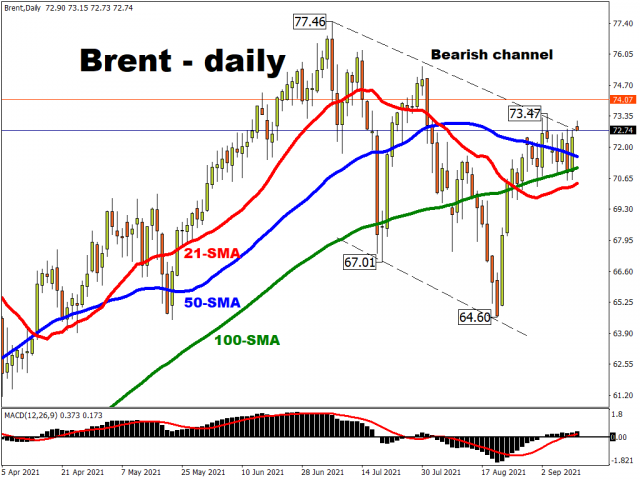 And there could be more catalysts ahead for oil markets in the coming days.

Oil market participants and watchers would be gleaning clues from the OPEC monthly report due today about where oil prices should be headed next. Given that the group controls about 40% of global crude supply, what OPEC says carries great significance.

Meanwhile, on the demand side, China’s mid-week release of August retail sales and industrial production data is also crucial due to the fact that China is the world’s second largest economy and also the world’s largest importer of the commodity. The health of its economy has important bearings on the state of global demand for oil.

Should either the OPEC report or China’s figures point to a solid global economic recovery, despite concerns over the spread of the Delta variant around the world, that could help push oil even higher.

At the time of writing, US crude has broken back above its 50-day simple moving average (SMA), which is a key technical indicator. A solid close for the day above that psychologically-important $70/bbl mark, coupled with strong bullish signs out of either the OPEC report or China’s economic data, could encourage crude oil bulls to carve a path towards the $73.87 resistance level. 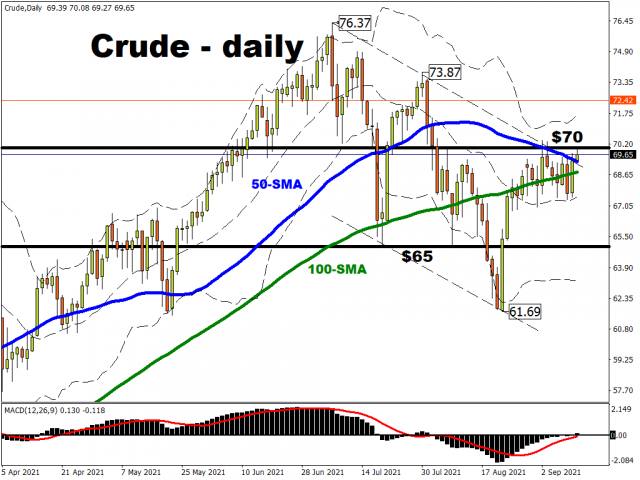 And of course, the debate about when major central banks will start easing back on their respective bond purchases continues to be a major theme across global markets.

This week, euro traders will be eyeing the scheduled speeches by key ECB officials and their thoughts on the central bank’s next policy move, after it decided to “recalibrate” its bond purchases last week.

ECB Christine Lagarde told euro bulls to wait until December, but traders may not have as much patience and would be raring to go if either ECB Chief Economist Philip Lane or ECB Governing Council member Olli Rehn offers any major policy clues in their respective speeches this week.

Meanwhile, although Fed officials are in a blackout period ahead of the FOMC meeting on September 21-22, market participants worldwide will be paying close attention to headline US inflation print.

Should the consumer price index point to stubbornly high inflationary pressures in the world’s largest economy, that could ramp up market expectations that the Federal Reserve would have to move sooner rather than later to rein in their asset purchases that have supported the economy since the pandemic. Failure to act on time could lead to uncontrollable inflationary surges that actually hurt the US economic recovery.

If markets think that a higher-than-expected US CPI means that the Fed has to act sooner than later, that could help the US dollar push higher and erase its month-to-date losses.

Hence, the speculation about the ECB and the Fed’s respective tapering timelines is set to have a major say over EURUSD, which can only keep its head above its 50-SMA for the time being while testing the 23.6% Fibonacci line from its May-August retracement for support.

A drastically dovish shift in the eyes of the markets about the ECB’s plans to end the its emergency asset purchases, coupled with a ramping up of expectations for an eventual Fed rate hike, could see the world’s most-traded currency pair testing key support levels around the mid- to low 1.17 regions once more. 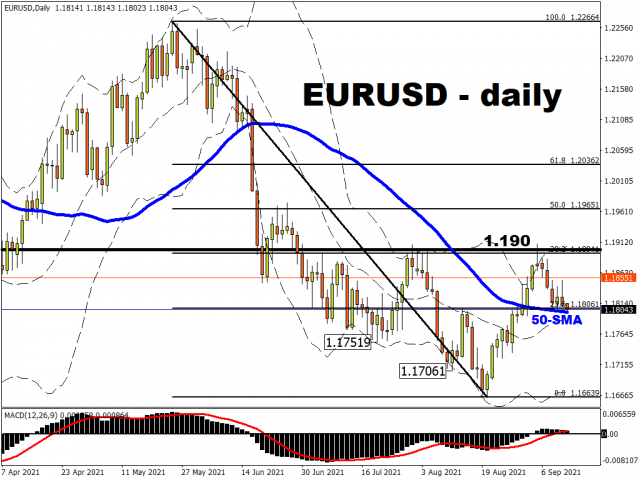