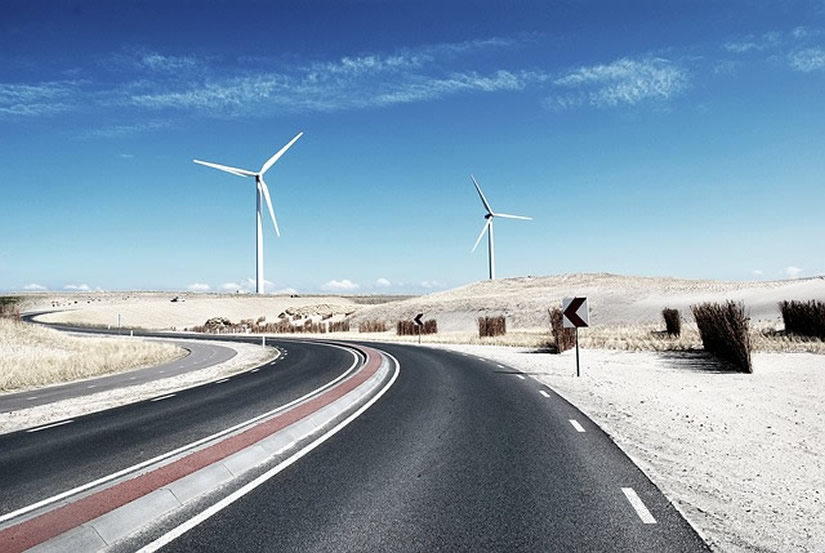 Trade of the Week: Could Biden spark crude breakout?

Oil benchmarks have been reluctant to push higher in recent weeks as markets remain cautious about the possibility of more supply-side interventions.

With OPEC+ sticking to its patient approach in gradually restoring some 400k barrels each month, prices at the pump have remained stubbornly elevated which have raised concerns from Beijing to Washington DC. At the end of October, China already announced that it would release its reserves of diesel and gasoline to alleviate the energy crunch. As basic economics would have it, more supply should see the equilibrium price move lower, all else equal (ceteris paribus).

Across the Pacific, with American motorists contending with higher prices at the pump, US President Joe Biden has labelled this battle to “reverse” inflation as a “top priority”. Recall how last week, we learned that US inflation in October rose at its fastest pace since 1990 (6.2% year-on-year, compared with the 5.9% market estimate).

With such inflationary concerns translating into a political headache, Biden is rumoured to consider unleashing some of the Strategic Petroleum Reserve (SPR) to help lower how much Americans are spending to fill up their gas tanks.

Should the US President succumb to such political pressures, not just from voters but also from his own colleagues within the Democratic Party, and unleash more crude supplies from the SPR, such a shock move should trigger US crude prices into unwinding more of its 60% in year-to-date gains.

Notice how US crude reached a 7-year high in late October before easing away from overbought conditions. The threat of more unplanned supplies are capping oil’s upside for the time being. 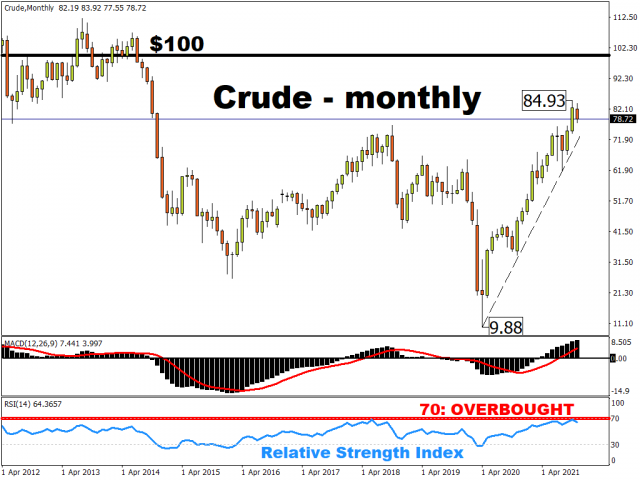 Similarly, Brent also got agonizingly close to emulating its October 2018 high before pulling away.

Granted, there were technical forces at play, as both Brent and US crude recovered from overbought conditions on the weekly charts as they eased lower from their respective upper Bollinger bands and the relative strength index dipped back into sub-70 domain. 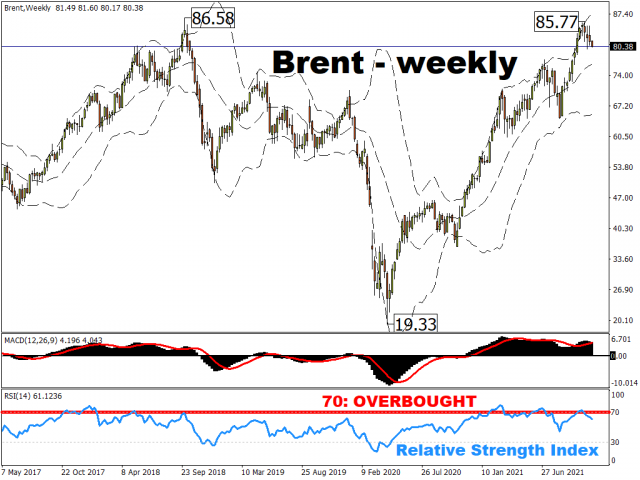 To be clear, markets remain bullish on the near-term prospects of oil prices.

Looking at the market structure, oil contracts remain in backwardation – meaning that markets are willing to pay higher prices to get their hands on oil now rather than later. However, that bullishness (a.k.a. backwardation) has been narrowing in recent sessions. Such waning bullishness can also be seen via the MACD indicator in the US crude chart below.

Still, oil bulls will note that crude is headed once again for its lower Bollinger band which provided sturdy-enough support earlier this month to launch a rebound, albeit a short-lived one. Could US crude stage another rebound this week?

Alternatively, a break below its lower Bollinger band and the psychologically-important $78 mark could see US crude testing its 50-day simple moving average (SMA) for support. 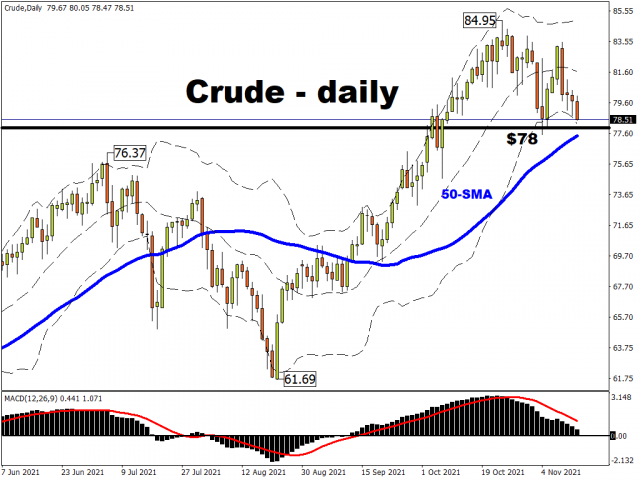 From a fundamental perspective, even without the SPR release, global oil markets are expected to return to oversupplied conditions by next year. The US Energy Information Administration (EIA) warned as much just last week, in line with OPEC’s own projections. After all, OPEC+ members are set to continue restoring their output, even as higher prices encourage more production by US suppliers.

And as ever, the Wednesday announcement of weekly US crude inventory levels could still trigger immediate bouts of volatility in oil prices.

US stockpiles have climbed for three consecutive weeks, which in turn has also further dampened sentiment surrounding oil prices. For this week’s print, the markets’ whisper number is a drawdown of 800k barrels; another surprise increase could heap more downward pressure on oil prices.

With all that said, as we get closer to the new year, oil’s upward momentum may be on its last legs and may not need much of an excuse to unwind more of its gains, be it a shock Biden announcement about the SPR or another surprise buildup in US crude stockpiles.