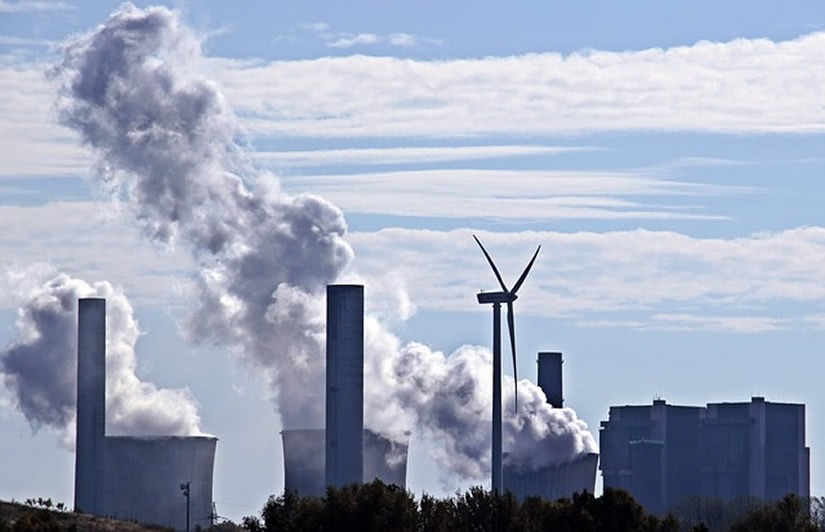 Stock markets enjoyed the bump in energy prices yesterday with the S&P500 posting its biggest daily gain since the end of August. The energy sector itself surged nearly 4% while oil continued its march higher for a fourth straight day with Brent crude above $75.

There was much chatter about energy prices in general as gas and electricity prices jumped amid a looming and unfolding European energy crisis. For what it’s worth, natural gas futures eventually finished the day some 7.5% higher.

Prices in Europe have hit record highs with the continent set to enter winter with inventories well below the five-year average. This narrative potentially has more to run with the potential for blackouts in the UK and prices remaining elevated until next year.

Stocks and bond markets didn’t flinch with rising energy prices, which tells us that traders are currently viewing this as reflationary rather than stagflationary.

Brent crude moved above $75 for the first time since the end of July.

This was helped by the larger-than -expected drawdown in US crude oil stocks yesterday.

On the charts, Brent staged an impressive two-day rebound towards the end of last month. This took prices back to the 50% retrace level of the summer high to low move. Over recent weeks, prices have tracked sideways in a bullish continuation pattern. But Monday saw a breakout and the data yesterday drove prices above $75. The mid-July high at $76.22 is now within touching distance and the July top sits at $77.46. Support comes in around $73.73, the top of the recent range. 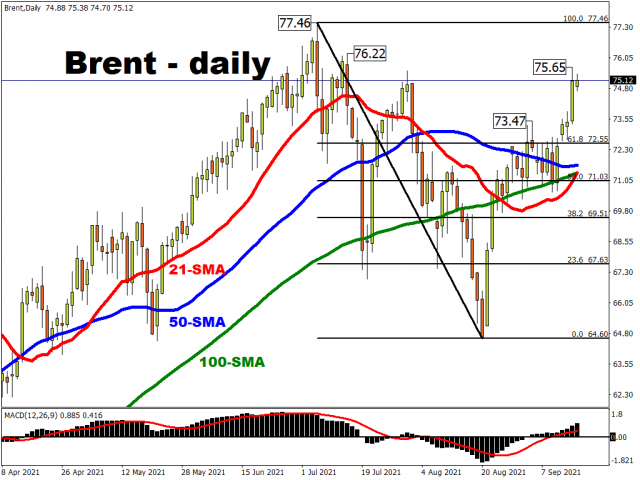 We get US weekly jobless claims data and retail sales this afternoon. The former is expected to grind to a new pandemic low. August retail sales may show another fall for a second month with analysts forecasting a print of -0.8%. The rotation into services and Delta concerns are weighing, as the boost from stimulus checks and the re-opening of the economy fades.

The dollar is struggling to find a strong sense of direction as the weak NFP and CPI data dent Fed expectations.

That means the world’s most important central bank can take its time tapering, which would typically boost the dollar.

Meanwhile continued concerns about the Delta impact are keeping buyers interested. Covid variants are also having an influence on global rebound prospects which has been underscored this week by China’s softening recent activity data.