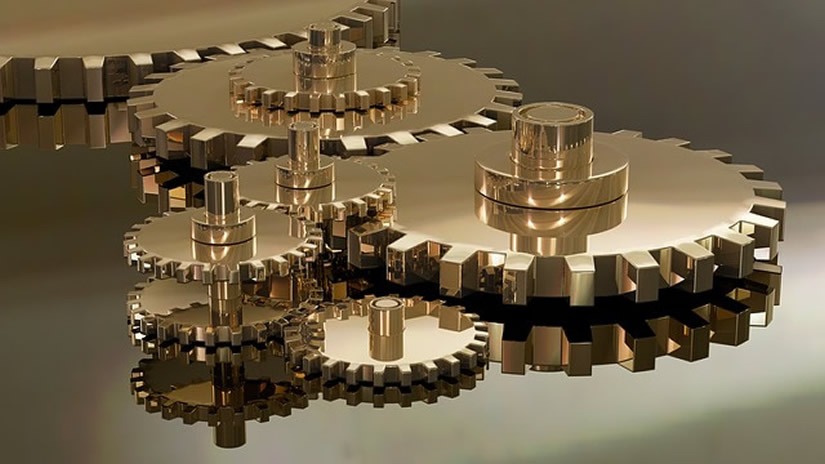 It’s still in the early stages but one junior gold explorer in Nevada’s Carlin Trend has outlined an oxide gold system that looks similar to others being mined nearby in America’s most prolific gold-mining state.

NevGold CEO Brandon Bonifacio says oxidized gold mineralization has been seen in all the holes drilled to date at Limousine Butte and adds that the Cadillac Valley South discovery significantly expands the mineralized footprint at Cadillac Valley and will require follow-up drilling.

“If you connect the dots in between what we’ve drilled, that’s a significant system. We’re not talking about one million ounces, now you’re tracking significantly higher,” Bonifacio told Streetwise Reports.

The mineralized area at Cadillac Valley extends more than 1.6 kilometers along strike and over 400 meters laterally, a sizeable oxide gold footprint.

Caesar’s Report Editor Thibaut Lepouttre has been following the NevGold story and continues to see promise in the early drill results at Limousine Butte.

“It is interesting to see that (NevGold) sees the same layer of mineralization 650 meters toward the southwest — this opens up the entire mineralized area further to the southwest, where they’ve identified an additional 1.5 kilometers of potential strike length. And because the system is so consistent, the drill density doesn’t have to be high to actually get to a resource,” Lepouttre told Streetwise Reports.

The grades at Limousine Butte are consistently above 0.7-0.8 g/t oxide gold and there are higher grade areas with multi-gram per tonne gold.

Having an oxide gold system over the kinds of widths intercepted so far means the ore could be mined in volume from an open pit and gold recovered using heap leaching. Other mines in the vicinity have proven the combination works.

Bonifacio compares the grades at Limousine Butte to those of Kinross Gold’s Bald Mountain mine, about 30 kilometers northwest. The gold-equivalent head grade there was 0.51 g/t gold in 2021 and went as low as 0.42 g/t gold in 2019. Over the previous five years, the open-pit mine has averaged slightly more than 230,000 gold-equivalent oz annually.

“This would be a high-grade oxide project. That’s important because this would be an open-pit oxide heap-leach mine at 0.6, 0.7, 0.8. grams per tonne — that’s high-grade,” Bonifacio told Streetwise Reports. “Cutoff grade for this style of oxide (mine) is typically around 0.15 grams, so even 0.5 or 0.6 is still around four times cutoff.”

Derick Unger, NevGold’s recently appointed vice-president of exploration, says his geological team has a firm understanding of the geological model at Limousine Butte and is seeing a correlation between expectations and drill results in terms of thickness and grade.

Unger says the company has identified more targets farther south on untested areas of Cadillac Valley with an additional 1.5 kilometers of untested ground.

Bonifacio says Unger brings experience in calculating mineral resources. NevGold hopes to have an initial resource estimate by the end of 2022.

“We’ve been starting to guide that to the market that ‘Yes, we are planning a resource. But if we have some success with some of these large stepouts, we don’t want to close the system off, we want to really understand the full extent of the mineralized footprint before pushing to a resource,’” Bonifacio explained.

Limousine Butte is about 67 square kilometers and lies roughly 100 kilometers northeast of Ely, Nev. It was vended to NevGold with a historical resource totaling 292,000 oz (241 Koz in the Measured and Indicated category, and 51 Koz inferred) at an average grade of 0.77 g/t gold (using at cutoff grade 0.41 g/t gold).

The past-producing Golden Butte mine on the property produced 91 Koz gold between 1989 and 1990.

Fully diluted the junior has about 50 million shares outstanding, with about 18 million shares in the free float. Since launching about a year ago, NevGold has traded in a range of CA$0.34 and CA$0.84.

2) The following companies mentioned in this article are billboard sponsors of Streetwise Reports: NevGold Corp. Click here for important disclosures about sponsor fees. The information provided above is for informational purposes only and is not a recommendation to buy or sell any security.

4) From time to time, Streetwise Reports LLC and its directors, officers, employees or members of their families, as well as persons interviewed for articles and interviews on the site, may have a long or short position in securities mentioned. Directors, officers, employees or members of their immediate families are prohibited from making purchases and/or sales of those securities in the open market or otherwise from the time of the decision to publish an article until three business days after the publication of the article. The foregoing prohibition does not apply to articles that in substance only restate previously published company releases. As of the date of this article, officers and/or employees of Streetwise Reports LLC (including members of their household) own securities of NevGold Corp., a company mentioned in this article.