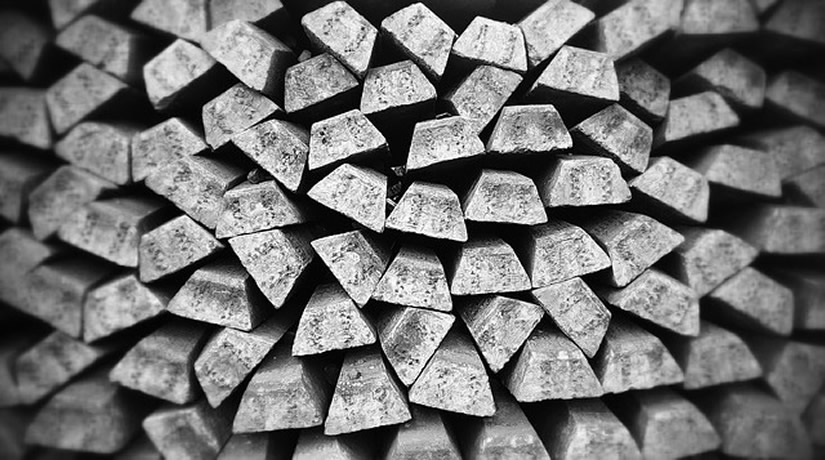 The James Bay territory in northern Quebec is rich in metals, especially gold. One large mine and a few smaller ones are in production and now the race is on to drill off enough ounces to determine where the next mines will be. 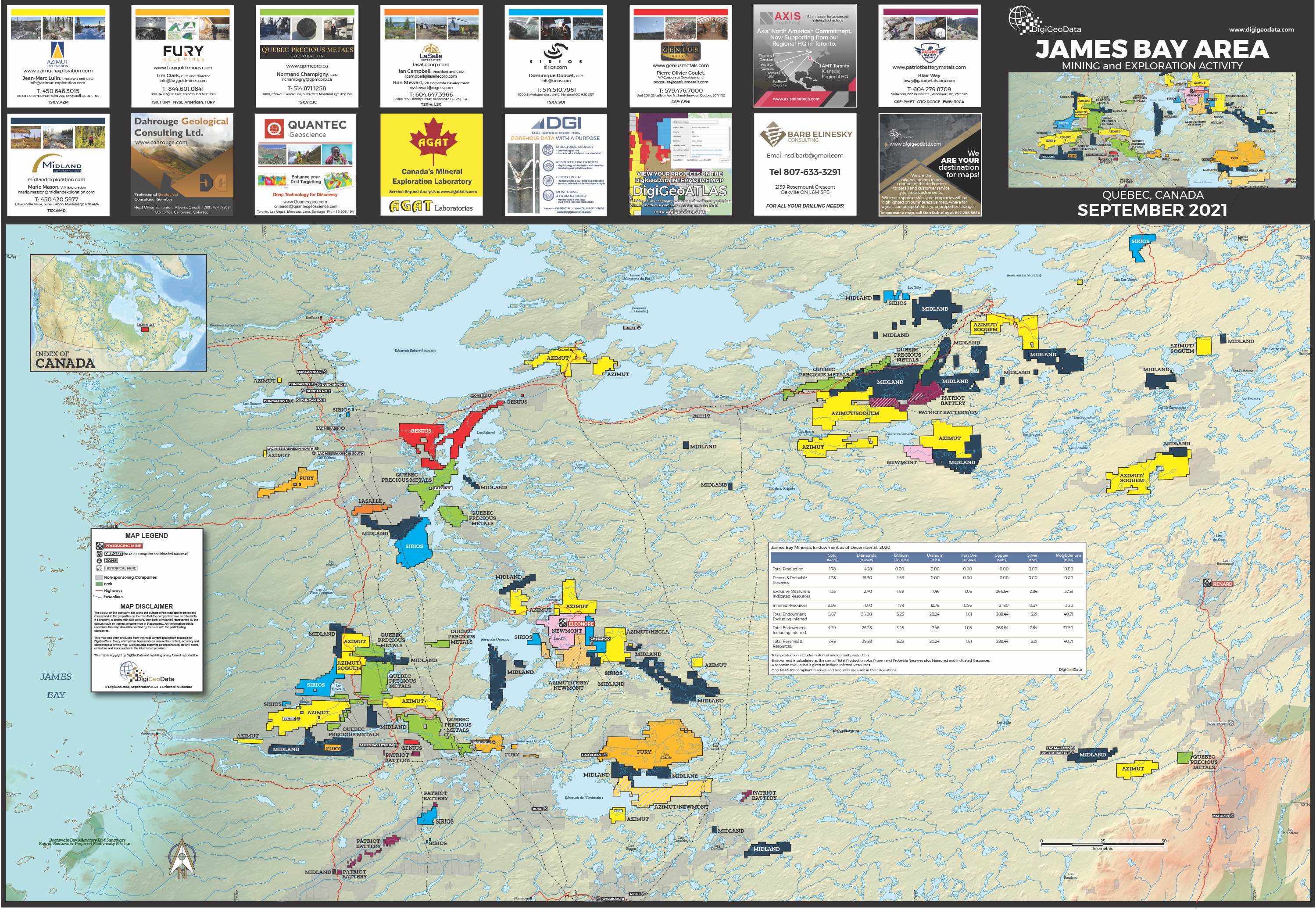 Geologists from Virginia Gold Mines were looking at a copper showing near Ell Lake in the James Bay territory in 2002 when they found a boulder containing gold mineralization that didn’t seem to fit in the surrounding environment. A sample taken from the oddly shaped boulder returned 13.9 grams per tonne gold (13.9 g/t Au).

The glacial trail near the boulder suggested it came from an area a few kilometers north-northeast. In 2003, a stripping program (where overburden is removed and rocks are exposed) revealed a limited area that ultimately proved to be the source of the boulder. Another boulder sample in the new area assayed almost 19 g/t Au.

But it wasn’t until summer 2004 that Virginia geologists found the Roberto showing, where an assay from a trench returned a robust 15.8 g/t Au across 3 meters. By the fall of 2005, Virginia had drilled 170 holes into Roberto.

In December 2005, Goldcorp made a takeover bid for Virginia Gold Mines valued at US$420 million, plus a production royalty that fluctuates with the gold price. Former Virginia shareholders are still reaping the rewards as the Roberto deposit is now a key part of Newmont Corp.’s (NEM:NYSE) Éléonore gold mine, one of the largest underground gold mines in Quebec.

The James Bay territory has a surface area that is about 60% the size of France or about the same size as Arizona. It is part of the James Bay lowlands and was first occupied by the Cree First Nation.

Gold was initially reported in the area in the 1890s. But it would take more than a century and some significant development to get the attention of investors.

“In the 1970s the Quebec government launched a multi-billion-dollar hydroelectric project in the territory. This resulted in the construction of more than 3,000 km of roads, airports, and community infrastructure, as well as six hydroelectric power plants. This completely changed the logistical setting of this territory, since the region was no longer a remote area,” explained Normand Champigny, CEO of Quebec Precious Metals Corp. (QPM:TSX; CJCFF:OTCQB), which is developing the company’s 100%-owned Sakami gold project in the James Bay territory.

The Quebec government’s massive industrial transformation of its northern region also resulted in the first ever treaty between the First Nations and a provincial government in Canada: the James Bay and Northern Quebec Convention.

Subsequent agreements were signed, the latest of which happened in 2020. It aims to foster the long-term economic development of the Eeyou Istchee James Bay territory over the next 30 years.

“A gold exploration staking rush in Quebec in the 1980s didn’t extend to the James Bay territory because the mineral rights were held by a provincial mining agency created in the 1970s to accelerate the mining development in the territory. That changed in the late 1980s,” Champigny said.

By the 1990s, one gold mine and one copper mine had opened. These were significant assets but would not provide enough momentum to create an area play.

More recently companies have started exploring for diamonds and lithium in the James Bay territory, but most exploration activity remains focused on gold.

Goldcorp’s deal for Virginia and its Éléonore gold project ultimately set the bar for other junior explorers and the lure of a large discovery proved difficult to resist.

Nevertheless, even after the Goldcorp deal closed in March 2006, Newmont (which subsequently merged with Goldcorp) took another eight years to put Éléonore into production in 2014.

“Gold-bearing rocks at the Éléonore mine are found along and within about 5 km of a favorable geological feature, known as a contact or metamorphic front. Exploration since the mine’s discovery has shown that gold can be found by following this contact. Exploring in James Bay is similar to exploring 100 years ago on what is today the prolific Abitibi gold mining district,” Champigny told Streetwise.

Champigny explains that exploration work in this setting starts with prospecting, followed by soil surveys in areas where there are no rocks exposed at surface.

“Geophysical surveys are also done using helicopters or surface instruments to measure the magnetic and other properties of the rocks, which give an indication of the type of rocks, geological features, and presence of sulphides that are often associated with gold,” Champigny said.

He added: “Once those things are complete, drill targets are selected, ranked, and tested in order of priority. Diamond drilling is generally up to 500 meters below surface, and the samples are analyzed off-site by a commercial assay lab.”

Champigny helped create Quebec Precious Metals in 2018 in a bid to find the next Éléonore.

The junior controls 23 km of a favorable geological contact where gold mineralization occurs. Not far from where QPM is exploring, there are three Cree communities: Chisasibi, Wemindji, and Radisson.

These are well-established communities with infrastructure services, and they are connected by reliable roads.

“Although considered remote, this area is accessible, and a company can work 12 months a year at a reasonable cost,” Champigny said.

Champigny says there is only one path from here.

“The plan is to drill, drill, and drill, to get to a multi-million-ounce deposit that will be of a size that is sufficient to be sold to a company who can develop it,” Champigny told Streetwise.

QPM is one in a long list of companies exploring for gold in the James Bay territory, a clearly emerging gold exploration district.

2) The following companies mentioned in this article are billboard sponsors of Streetwise Reports: Quebec Precious Metals Corp. Click here for important disclosures about sponsor fees. The information provided above is for informational purposes only and is not a recommendation to buy or sell any security.

4) From time to time, Streetwise Reports LLC and its directors, officers, employees or members of their families, as well as persons interviewed for articles and interviews on the site, may have a long or short position in securities mentioned. Directors, officers, employees or members of their immediate families are prohibited from making purchases and/or sales of those securities in the open market or otherwise from the time of the decision to publish an article until three business days after the publication of the article. The foregoing prohibition does not apply to articles that in substance only restate previously published company releases. As of the date of this article, officers and/or employees of Streetwise Reports LLC (including members of their household) own securities of Quebec Precious Metals Corp., a company mentioned in this article.